In this forum, you can show off your latest project so that we can all admire your handiwork!

It's also the place to ask for help if your project isn't working the way you want it to.

Pretty well any project is welcome here, although if you're building a robot there is a separate forum for that.

I'm excited to see what it is you're working on! 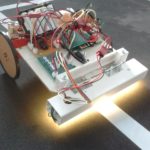 Thanks for the welcome, I'm glad to be here!

If I'm not entirely mistaken, we're not able to upload any images or videos of our projects to the forums, right?

This post was modified 8 months ago by mbogelund
ReplyQuote

Glad to have you aboard!

Yes, images and videos will need to be externally hosted, sorry about that!

I  do have the forum setup for attachments of up to 10Mb but I will have to moderate that and see how much space it eats up - may need to change that in the future. 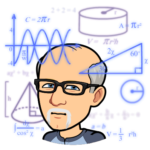 Here is a link to a project that I did a few years ago. I will be doing some updates this year.

After I printed the spider on the plexi, which is something anybody with a 3d printer should try sometime, especially if you're a big fan of failure, I made a frame for it, and put some remote control lights in it

If I had thought about it, I would have added some mirrored window tinting to it and made it into an infinity mirror

That would have been much cooler 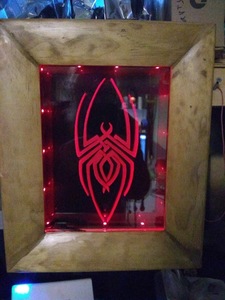 I strive for coolness, and occasionally functionality

In fact, I put the FUN in malfunction

I now have my deceased sister's house that has a well and two storage tanks. I am a city guy and am just learning about wells. Problem is the well is only 1 gpm, hence the two storage tanks (1200 and 1700 gal). What I am trying to do is make a wireless water level indicator using Arduino and nRF24LO1 modules since that is what I have. I have been cruzing the internet for something like that and found one but the Arduino sketches don't make any sense to me and my browser doesn't want me to go to the referenced site anyway so I am at a loss right now. I have made a simple indicator using transistors and leds which works but I would like to make something a little more sophisticated and be able to read the level on a lcd which would translate the JSN-SR04T waterproof sensor from cm or inches to gallons. I have a chart which has the depth to gallons translation. So, my dream, haha, is to be able to sit inside the warm house and read the gallons of water stored on the lcd from the storage tanks that are about 75 feet away. Doesn't seem to much to ask really...

I have several Arduinos and a couple of ESP8266s but I'm not really sure how to use either one.  I need to start at the beginning again I think.  Blink and Hell World.

Ideally using the ESP8266s and accessing the levels on my phone would really be cool, but I am a long way from that since I have not been able to find anything on the net yet.  Casey pointed out the one that I havae been able to find using Arduino and Robo Pi mentioned using ESp8266 so I could go either way since I have both. Just need to be pointed in a direction that my browser likes. Haha.

Hi, I came across exactly the same issue ( water tank....wifi...arduino) especially to "link " the arduino to my phone.

I used thingspeak.com, it is a free platform , super easy to set up  that works very well.

I suggest you to have a look at it.

for the rest .. using arduino and peripherals, well, a lot of search is necessary , but the workshop is the best start.

Many thanks jp. I will have a look at thingspeak.com 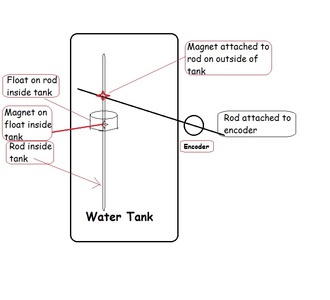 This is my idea (if I'm understanding your problem correctly) 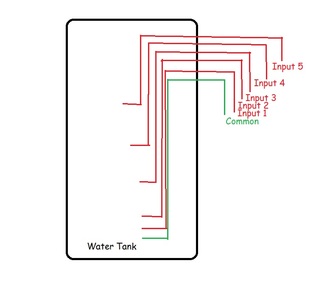 Water has a conductivity which might be noticed by an arduino (not sure about how much the arduino can detect, I never measured it) As the water level changes, it gives a resistance to a different wire. So if input 5 is reading, the tank is almost full. 4 is less full, 3 less, etc

Unfortunately I don't yet have a nRF24LO1 to test the code but I think sonar is the way to go to control things like water pumps according to how full the tank is.

This is the mechanical method we used and if you look out the window you can see the water level. 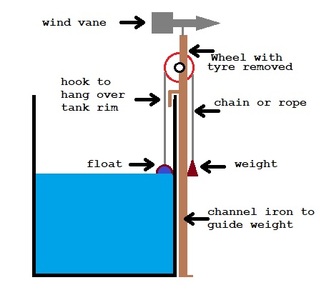 ReplyQuote
All forum topics
Next Topic