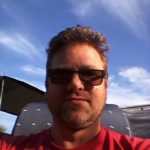 Like to talk about by project a LoRa node based on a Arduino Pro Mini and an sx1276 LoRa module.

The LoRa node sends a payload to the TTN network, currently just calculated data, but will add one or more sensors soon. The node is powered by a set of 4 AAA rechargeable NiHM batteries and  also connected a small (10cmx12cm, 12V) solar panel to charge the batteries.

The Arduino software is based on the 'ttn-abp' example from Thomas Telkamp and Matthijs Kooijman. It posts a Lora wan message to the TTN network every 2 minutes. I added an integration on the TTN network that posts the data to my on ASP .Net Core api and website running on a VM at the Google cloud, but that is another topic for the future.

The LoRa Node in action.

My wife just noticed the windowsill is filling up with Arduino's , Raspberry Pi  and solar panels. ?

That's an awesome project Peter, thanks for sharing it with us

I think that you could make your wife happy by using a moisture sensor and a small water pump when you start adding I/O devices to this. You could create a solar-powered plant waterer to take care of those plants. She'd welcome the Arduino and Raspberry Pi then!

Great stuff! I really want to learn more about LoRa and will keep an eye on this thread. I'd like to learn how to create my own gateway at some point and use LoRa to communicate with clients around my property. I think there is a limit on how often you can send messages from a client to TTN correct? From my reading I thought that there are some standard protocols you need to follow if you wish to use other gateways, is this correct?

Most plants need more attention.  I already ordered some LDR sensors and I got a moisture sensor already, and also a DT11. So I can monitor light, temperature, humidity and moisture.

Only getting a small pump or valve and the project can start,
An than I also got some sensors to monitor instead of the computed values.

Also planning to build my own (single channel) gateway with a Rasberry Pi 3B and a sx1276 module.

With the dragino LP01 gateway has a problem getting the downlink working (like many others), this is probably related to the hardware setup of the dragino.  I got the version 1 of the Dragino LoRa development kit, they also have a version 2 of the development kit with a better (still single channel) gateway.

Maybe in the future I will build a full LoRa wan compatible gateway, but the price of the components will be between €100 and €200. Especially the concentrator, IC880A-SPI, RAK831 both need an extra converter board to fit on a Raspberry Pi. RAK also has a new concentrator RAK2245 that fits directly on a Raspberry Pi (3B+) I think this would be my first choice.

This post was modified 4 years ago by Peter
ReplyQuote

Last week i added a DTH11 temperature and humidity sensor and a moist sensor to one of my LoRa nodes.

I had some trouble to get the DTH11 to work together with LoRa, but after trying some different pins for the DTH11 it works.

Yesteday also adjusted the backend and website to display the values.

Multiple values can now be added to one payload and send by LoRa.

Also added the values to be displayed on the graph at the website.

Something strange happend this morning with the moist value. It looks like the plant wake up and drunk all the water, or maybe the sun?

It looks like a problem with the sensor. Some of the metal is completely gone on one side, time for a new sensor., or make one my self.

Today created a moist sensor with 2 nails, a cap, 2 wires and some  hot glue.

I expect this will last more than one day.

Very cool! How do you have that attached to the microprocessor? Just an analog input?

The analog value is now varies between 350 and 500, so good enough to sense is the plant needs water. It also looks like the value depends on temperature.

With your present set up the electrodes will corrode away over time and dissolve into the soil and that can be bad for the plant.

Can I suggest you invest in one of these:

This is just an example of one I found so I bet you can get something like it for $1 from China ?

They don't corrode so last longer.

I hope that helps.

The 600 series had rubber skin. We spotted them easy, but these are new. They look human... sweat, bad breath, everything. Very hard to spot.

Thanks for the advice.

Currently the sensor is only powered during the measurement, hopefully this will slowdown the corrosion and power consumption.

I already ordered 2 capacitive sensors for just over €2 at Aliexpress. Just have to wait. Probably will arrive during my holiday. After my holiday will test.

The small water pump and the capacitive moist sensor.

I already connected the pump, controlled using a transistor. Nice flow, a few seconds on (powered by the the li-po battery)  is enough to water the plant.

could you share your code for the lora node? I like the simplicity: using an Arduino Pro Mini.

Forum Information
Recent Posts
Unread Posts
Tags
Our newest member: cuznerdexter
Latest Post: Control Relays With phone, Via SMS from anywhere-home automation
Forum Icons: Forum contains no unread posts Forum contains unread posts
Topic Icons: Not Replied Replied Active Hot Sticky Unapproved Solved Private Closed
We use cookies on the DroneBot Workshop Forums to give you the most relevant experience by remembering your preferences and repeat visits. By clicking “Accept”, you consent to the use of ALL the cookies.
Cookie settingsACCEPT
Manage consent