I just had the most amusing thing happen!

I recently purchased an Echo Dot so that I could compare Alexa with the Google voice assistant.  And I put the Dot on the desk right beside a Google Home Mini.

I then said, "Hey Google, what do you think of Alexa"?

The Google Home Mini replied, "I like Alexa, she has a very soothing voice".

Then the Dot responded to the Google Home Mini with "Thank you. Many people tell me my voice is my most attractive feature".

A conversation between two AI devices!

It was hilarious. Obviously the Dot triggered on the "Alexa" wake word that the Google Home Mini said, and it responded.

I haven't been able to repeat the incident, as Google gives a different answer every time I ask it what it thinks of Alexa. And as Alexa won't respond "hey Google" or "OK Google" it won't work the other way.

But having heard my first real conversation between two artificial entities I can see that the future could end up being pretty strange!

P.S. For the record I think I like the Dot better than the Home Mini.  And Google is right, Alexa does have a very soothing voice!

I have had those google AI devices trigger unexpectedly a few times too when I'm sure the 'trigger' phrase was not uttered.  That swiss accent fellow videos has triggered the apple siri more than once too.   Just wait when your robot chimes in too. ?

I read your other email on your family heath issues and of course family, and indeed life in general comes first over any electronic and robot stuff.   I must say I very much enjoy and look forwards to your episodes, and no doubt some do feel disappointment when they don't arrive as expected.   I do hope for a good outcome for your family member and certainly I think you should not even consider doing any more episodes until you are truly able and minded to do them.

Actually this google stuff gave me some thoughts about getting something integrated in my robot when google picks up what is said and responds back through a robot mouth.   (I often think well outside my capabilities!  but hint hint for a DBI addon ? )

That swiss accent fellow videos has triggered the apple siri more than once too.

LOL, that's great. I'll have to put on one of Andreas's videos, turn up the volume and watch the fun.

What amused me the most was that the conversation between the two devices was so natural that if you didn't know what was going on you could be convinced it was a quick chat between two women (one with an Australian accent, as that's the voice I chose for Google).

I do hope for a good outcome for your family member and certainly I think you should not even consider doing any more episodes until you are truly able and minded to do them.

Thank you, Byron, that is very nice of you to say.

What amused me the most was that the conversation between the two devices was so natural that if you didn't know what was going on you could be convinced it was a quick chat between two women (one with an Australian accent, as that's the voice I chose for Google).

I remember the chat box Dr Eliza (text only) on my first computer the TRS80 which of course had no intelligence or understanding of what it was saying and yet many users were apparently convinced otherwise despite Weizenbaum's insistence to the contrary. 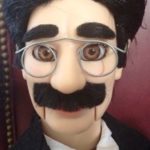 Alan and his creator is also on the synthiam  website where I am also.

I use ARC "free software" - https://synthiam.com/GettingStarted/Build-Robots

I use AIML bot - I ask questions, I get answers also like Alan and Alena

I got everything working

I use this with the robots I made -  I am EzAng on this site https://synthiam.com/Community/Robots 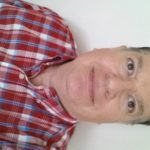 Thanks for the idea!

I went in to the Alexa app and made a routine. When I tell the Dot to talk to Google, it responds with, Ok Google, how are you today?" Then my wife's phone responds!

While I am stuck at home, I might as well have some fun!