Skip to content
Forums
Welcome to the Work...
Introduce Yourself
Hello! My name is M...

Hello! My name is Mark Ingle 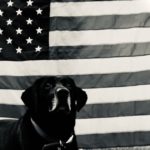 I have been involved with technology since I graduated (1990) from Erskine College in Due West, SC.  My degree was Business Administration but I was hired as a process control programmer for a finishing plant because during the interview I recovered files from a floppy for the plant manager (format /MBR).  He hired me on the spot!  The rest was history!  I left Cone Mills in 1999.  I worked 9 years for Lowe's Companies supporting software and hardware in the stores.  In 2007 I was hired by Comporium Communication to manage software engineers in the Information Technology department.  Through an IBM vendor I was introduced to MCUs and I have been hooked ever since....I have built two drones (man that was a lot of fun!) so support a search and rescue team.  Due to crashes, I realized how much 3D printers could help so I built several of those before settling on a Prusa i3.  Through online connections I was recruited to help with 3DHUBS printing service and starting making money printing prototypes for startup companies.  The revenue allowed me to purchase some tools to help educate myself about AC/DC circuits....I have always wanted to learn about why/how power works....electron movement is very interesting!   Eventually the 3DHUBs service grew to more than I could keep up with due to my day job so I was eventually dropped.  But 3DHUBS customers reached out via email to keep things going which eventually lead to me doing design work in Fusion 360 and Diptrace.  I needed something in place to handle the escrow of payment so I started with Upwork and I have been with them for two years now.  Though several projects I have become familiar with the ESP32 and STM32 platforms.  After looking at several DroneBot videos I realized this forum might be place I can help others and I could learn more about some of the technology I am familiar with.  To summarize, I simply enjoy learning about technology because it allows me to be creative to solve problems or help someone with their problems.  Thank you for allowing me to join!