Skip to content
Forums
Welcome to the Work...
Introduce Yourself
Environment and sen... 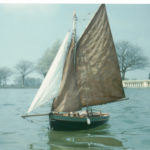 I have recently retired and now have the time to devote to my interests. I love anything nautical and as well as having a small coastal sailing cruiser, I have been into radio controlled model boats for many years which I built from scratch and enjoyed making and modifying the electronics. I have recently got into quadcopters and robotics and Arduino, off course! I have built a quadcopter and an off road rover robot based on the pixhawk and ardupilot software. My main interest is in remote control and communication. I have built many Arduino projects, I can operate up to 16 servos with one stick of my rc transmitter, have built just about every project on the web, I have modified and tailored them for my own use, but my big problem is I cannot seem to join them together! My problem is using multiple sensors. As a sailor I have always needed to know what the weather is going to do. I am on my third weather station, which only works intermittently so I would like to build my own, then, not only would I understand how it works, I could fix it when it went wrong. There probably hundreds of so called weather stations on YouTube most of which are a joke. The authors seem to think coupling a DHT11/22/AM2320 to an Arduino constitutes a weather station. They only read Temperature and humidity! What about wind speed/direction, barometric pressure, rainfall and I would like to add air quality to the list. I can find how to read each individual component using an Arduino but when I try to combine them, I come unstuck! I would like to build a weather station from the parts of my old one. They are relatively simple components. The wind speed direction and rainfall gauge are based around simple reed switches and the temp/hum and barometric pressure can be easily read using standard Arduino components. I would like to combine them and make it wireless using the NRF24L01 and include a memory car reader so the data could be analyzed in Excel and maybe add WiFi and the ESP32? 8266. I would also like to include air quality monitoring and UV measurement.

This seems to have turned into rather more of a diatribe than I intended, but I hope you get the idea. This project would be child's play to someone like Bill aka Mr DroneBot who makes all his projects look so simple. Perhaps when he has finished his Robot he could think about applying his skills to such a project, what about an environmental monitoring station! 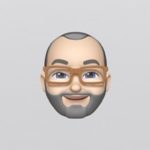 welcome to the forum ?
After reading about all the things you have made and the expertises you must have accumulated, it surprises me that you need help. I think it would be a great topic ?

I am the classic jack of all trades master of none!

I am on my third weather station

make it wireless using the NRF24L01

Hmm... I can think of a couple of members that might be able to offer some ideas! 😉

I am trying to find code for connecting a AM2320 temp/humidity sensor wirelessly using the NRFL24L01. There are countless examples for the DHT11/22 with which I have had success, but not the Am2320. The code can't be changed by swapping the components and libraries because the AM2320 is  I2c and the DHT is not.