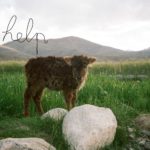 I am writing in this forum regarding an art project that involves knowledge of electronics and programming that I do not have.

The idea is to create a prototye that can be plugged into an electrical outlet, and to which other standard electrical devices can be connected. This "adapter" would regulate the electrical signal to follow the script and the devices connected to this plug would turn on and off in these intervals.

I would like the prototype (which I call the Genisweetch) to be produced on a medium/large scale, maybe a hundred pieces, and I would like to find the most economical way to do this.

So I call out to you! Dear community! If you have an idea of how I could do it, what material to use, what language, what code etc.. Any advice is welcome because I don't know where to start.

If the project speaks to you and you would like to collaborate in a more concrete way I am also open to that! My project is of non lucrative nature but I think it's worth it 😊

Thank you very much for taking the time to read this,

I am really exited about your answers !

Hi Andrea, and welcome to the forum.

The technical aspects of your project are not really that difficult and could be accomplished with a design based around an Arduino.  Essentially you are turning an output on and off at a rate determined by the periods, dashes, and spaces in your text file. The file itself could be held in something like a microSD card, or an EEPROM, and you would use a solid-state switch to control the output device (i.e. lamp).

There are a few things you'll want to consider:

All of this is quite doable, and you could mass-produce them using a chip like the ATMEGA328P, which is the heart of the Arduino. It could all be mounted on a small circuit board and you could purchase or 3D-print a case.

But then comes the real problem!

If your intention is to mass-produce these the biggest hurdle you'll encounter, in my opinion, is having it approved for use by the authorities who regulate electrical appliances.  Every country, or group of countries, has these. Where I live in Canada, we have CSA (Canadian Standards Association), in the US they use UL (Underwriters laboratory) and in Europe, you have the CE (Conformité Européenne) designation.

These standards boards certify electrical equipment as being safe to use in their jurisdictions, and in most places using uncertified equipment is frowned upon by insurance companies.

My understanding is that the certification process can be expensive and time-consuming, although I've never done it myself.

Not trying to take the wind out of your sails, just want you to be aware of what you might be up against if you want to market this. Technically it isn't really a difficult project.

BTW, If you were to redesign it to flash a high-powered LED (or a string of LEDs or an actual Morse Code sounder) instead of an external AC appliance then you'd eliminate all of the certification issues. Just a thought!

thank you for this very meticulous answer. This is already a big step forward!

If I understand correctly I could mount the ATMEGA328p part and the EEPROM on a circuit board. Would I need to do any soldering at that time?

I thought it would be best if the script continued where it left off if the applicator was to be plugged in and then unplugged. And also, I don't think the interface should be customizable by the user, the speed is fixed and the script reading linear.

I would indeed have to find out about the rules for producing such an object! However, since it's a work of art, maybe the process is a little bit differently than a real home automation object. Mass prodduction in my sense won't go pass the 100 pieces i guess. But thank you for mentioning this aspect!

Two more things, if I were to 3D print the 'electrical socket' or 'case'  where would I find the electrically conductive parts? Or do I have to buy a socket and adapt an existing box so that the copper plate can fit in?

And finally... The solid state switch, is it solid state relay or SSR? how should i work with it? Do I have to connect it to the circuit board as well?

Thanks a million Bill!!! All of your information has greatly clarified the next steps in my project, even though as my questions show, I am still absolutely inexperienced...

But I am confident that I will be able to do this with your help!

This post was modified 2 years ago by perfect stranger
ReplyQuote

A few things to clarify

If I understand correctly I could mount the ATMEGA328p part and the EEPROM on a circuit board. Would I need to do any soldering at that time?

The ATMEGA328P is the heart of the Arduino Uno, as well as the Arduino Pro Mini and 8-bit Arduino Nano. In your design, it would be mounted on a circuit board, along with a couple of extra components (a resistor, two or three capacitors, and a 16MHz crystal).

This video explains it:

The EEPROM (Electrically Erasable Programmable Read-Only Memory) chip would hold the "Morse Code" text, an alternative method is to use a microSD card. Again, a few videos that explain this:

You'll develop and program everything using an Arduino Uno, which requires you to use something like the Arduino IDE or PlatformIO on your computer. There are versions of these programs for Linux, Windows, or Mac OS X.  You will write your program in C++.  The program itself is compiled (i.e. turned into the zeros and ones that microcontrollers understand) and is loaded to the Arduino Uno, where it resides within its internal ATMEGA328P chip.

I would indeed have to find out about the rules for producing such an object! However, since it's a work of art, maybe the process is a little bit differently than a real home automation object. Mass prodduction in my sense won't go pass the 100 pieces i guess. But thank you for mentioning this aspect!

Again, I think it's probably your greatest challenge, and it can also be expensive. I doubt the product being an "art project" would make any difference, these regulatory bodies exist to certify equipment as being safe for use only, they aren't really concerned with what function the devices actually perform.

And finally... The solid state switch, is it solid state relay or SSR? how should i work with it? Do I have to connect it to the circuit board as well?

As for soldering, if you're building a commercial device then yes, there will be a lot of it. And you'll also need to design a printed circuit board to hold all of the parts.  You could have the board populated with components (I.e soldered for you), in fact, you could probably have everything built for you by a third-party company if you were willing to pay for it.

Also, the ATMEGA328P will require a 5-volt power supply, so that will need to be in your design as well. 5-volt power supply modules are the best way to go here, as they are cheap and (most) are already certified for use on the AC line.

If this wasn't something you wanted to mass-produce or if you just wanted to build a "proof of concept first", you could do it in a way that would eliminate soldering:

Remember, working with AC voltage can be dangerous, even fatal. So please be careful and make sure you understand EVERYTHING before you proceed. I'd strongly recommend using a low-voltage AC source, like the 24 VAC I used in the "Control AC Devices" video, while you are experimenting.

your videos are a great introduction. Thank you. I took some time to answer as I hoped to understand as much as possible about what I would need to achieve.

The part that discourages me a bit is the following:

As for soldering, if you're building a commercial device then yes, there will be a lot of it. And you'll also need to design a printed circuit board to hold all of the parts.  You could have the board populated with components (I.e soldered for you), in fact, you could probably have everything built for you by a third-party company if you were willing to pay for it.

Two things, the first is that I'm not even sure I have the right screwdriver for such a maneuver (on this subject, the tool wall in the background of your videos leaves me dreaming a bit) and the second, if I were to learn how to do electronic soldering I'm afraid of sabotaging all those delicate parts.

I'm also a bit afraid of handling the power supply when I've managed to get a bit of juice from my washing machine...and the idea of printing a circuit board for example is completely overwhelming to me.

These are the reasons that lead me to the (not very reckless) option of calling a company. However, I have not found any company that offers this kind of service...

I was wondering if, as you have already solved all the technical aspects of the case, you would be personally interested? For remuneration of course. Even if I have not taken the plunge into electronics, your answers have helped me understand a number of things and I thank you for that!

If you can't find the time, which I can of course understand, could you please recommend someone? As I am thinking (after calculating the budget) of going for about 20 pieces I don't think any company will agree to it unfortunately. Or do you see other possibilities?

Well of course, there is the option of gathering all the parts you have noted, putting them on a table, launching the video and... well, hoping that something happens. 🤭