High quality Equipment and where to get it 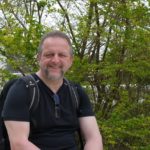 I didn't want to do it that way beforehand, because Bill will probably get more than enough of these emails. I just didn't want to fill it up because it should better use its time for new tutorials.

No problem at all, just a suggestion 😉

Indeed, I'm sure Bill is quite busy and has a lot on his plate... and hopefully we'll see some more great content from him soon.

it's been simply done with Windows Paint, you probably know this.

But I didn't realize what you had done!  You say you are not an artist, but you are much better than me!  When ever I have tried to do things like that it is always glaringly obvious that it was a 'photoshop' job gone wrong.

We'll have to leave the added functionality of your suggestion to Bill as my role is more of a care and feeding role and I'm not comfortable with modifying the scope of the forum.

Thanks to that Steve, but it is really as I said. Just copy and paste. And it really take me time to realize.

"We'll have to leave the added functionality of your suggestion to Bill as my role is more of a care and feeding role and I'm not comfortable with modifying the scope of the forum."

Don't worry about that. I am aware not every one of my idea can be realized. And even though it is ok for me.
It's an idea as is, nothing else. If you (all admins including Bill) will find this idea worth, I am sure you are going to realize. If not, it is only the 7billionth part of human biomass who say "oh what a pity" 😆

I agree with the premise of the idea and have a set of sellers I try to use and recommend, but there are issues even with this many times.

Many of the Sellers in Shenzen buy from the big market there. They will get, for example, 1000 20cm DuPont jumper wire sets from a manufacturer in the market to sell on eBay or Alliexpress. The batch they get is VERY GOOD, premo even.  They offer them and you buy some.  Once you get them and see they are really good wires, you order more from them right away. In that time the seller sells all in that batch and goes back to the market and gets more, but this time from another company and this batch is not the same quality as the last wires.  You get the next order and see right away they aren't the same.  🙁 This can happen with many parts you order from sellers in China or even other places.

Now there are many good sellers to purchase from and usually, you do get good items, but not always. Maybe listing good sellers and things they have, versus individual items.

thanks for your agreement. I also agree with you.
The idea I had was a quick shot, call it a brain-fart, that came through my mind last Saturday when I got my membership from Bill. I saw the forum here I read some article and I faced "hey, these are people that often have same problems that I have" (many have on much higher level)

As I mentioned in another post, it is bad to generalize or to judge too quickly.
There is no such thing as ONE good or bad dealer. And there isn't just one consistently good or bad producer. Sometimes it has to do with luck, and no matter what comes out of this, there will never be a 100% solution.
Ultimately, it also depends on the problem that is being worked on. In other words, what works great for me can be a blow job for you because you use it in a completely different context.
I am well aware of the weaknesses of such a system.

Example from my experience:
I bought an original Arduino Uno. Then wanted a second one and saw the clone from AZ-Delivery. 4 for the price of an original. Works the same, "everything" one can do, the other can too.
But: If I look at the quality of the workmanship and a few other differences to the original, from my current experience I would definitely recommend ... Stick with the original.
Would I share this with a large number of interested parties in such a portal so that they could benefit from my experience.
I also had a desoldering pump - like I said ... I had. After desoldering a few solder points, the part was through. At Amazon I wrote that too. I would like to do it here too.