I'm writing this as I await the tow truck that will be taking my car in for what is likely to be a very expensive repair bill. The reason it needs repairs is that it was eaten by squirrels!

More specifically, squirrels have eaten through two of the four wiring harnesses that run to the top of the engine. They have probably also chewed through a few other things that I haven't spotted, and they used the insulation on the firewall as nest material.  The car is pretty new, but unfortunately "squirrel damage" isn't covered under my warranty (my dealer suggested that I could perhaps make an insurance claim).

This is a common problem in my area, as we have a nature park right behind us. My neighbor has had this happen to her car three times now. But as we all have reserved parking spots we can't park anywhere else.

Bottom line - I need a squirrel repeller.  And I was thinking that pulsed ultrasonic sound might do the job.

I have seen commercial devices, but none made specifically for automobiles.  So I thought I'd take a crack at building one myself, and I was wondering if anyone else has any experience with this type of device?  I'd also like ideas for an ultrasonic transducer that could be installed under the hood and survive there (I'm thinking about temperature and moisture).

Any ideas would be appreciated. 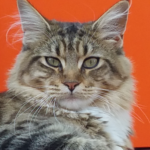 Looks like you are not the only one working on this problem.

Or modify an existing product?

I just had these two items arrive in the mail today:

They're supposed to emit ultrasonic sounds, flash bright LEDs and one of them also says it uses "electromagnetic waves" to make the area unpleasant for squirrels and other rodents.

I actually ordered one through Walmart and the other through Amazon, both shipped from China from two different cities, and both were delivered today!  I'm not sure which one I'll use, I may even use both of them. They both advertise standby current draws of around 20uA so they shouldn't be a drain on the battery, and one of them claims to turn itself off if the battery voltage gets too low. They are also supposed to turn themselves off when the engine is running.

Of course, the instructions are in the humorous version of English that many items from China are packaged with, a direct quote from one of the "manuals" (if you can call a 1-page document a manual) :

"Due to containing vibration controller that monitors this."  - That was one sentence, not a portion of a sentence!

I think that it implies that it senses vibrations to know when the car is running.

Hopefully between using these, spreading cayenne pepper all over the engine, spraying the underside of the car with "critter ridder" and putting down mothballs my car will no longer be attractive to squirrels. I know I don't want to go near it anymore LOL!