Skip to content
Forums
Outside the Worksho...
Technology & Other ...
Don't overclock a P...

Don't overclock a Pi 4 B

Here's an oddity that I thought I'd mention in the hopes of preventing others from going down the rabbit hole as I did. Last fall, when the Pi 4 B cooling rumours were everywhere, I overclocked mine to make it run hotter. Not a lot, but enough to make the cooling problem worse. The goal was to find the best way to cool it. I tried several different methods using combos of cases and fans. I finally settled on a FLIRC case, and the CPU ran at a respectable 42-44 C.

A few days ago, I did an upgrade to, and it included a kernel upgrade from #1273 (Oct 11) to #1290 (Jan 10.) It wouldn't boot, hanging on the 4 Raspberry logo screen. Same deal with a hot or cold reboot. It turns out kernel #1290 can't handle the extra stress and locks. Don't mess with the overclocking settings in /boot/config.txt if you've upgraded Raspbian 10 lately, or you'll have a brick! Thankfully I had a backup SD card, and I could revert to #1273, but I was unable to apply patches.

4-5 others reported the same issue on:

We were all stuck until one of the Pi engineers asked, "Is there any overclocking in config.txt?"

I've spent decades in the IT field, and overlocking is not something I typically ever do. As I said, when I first got the Pi 4 B, the cooling rumours were running rampant, and I tried various cases and fans. Forgot to put it back!

Hopefully, this information will help others avoid this pitfall. 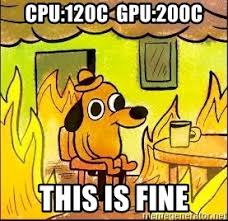 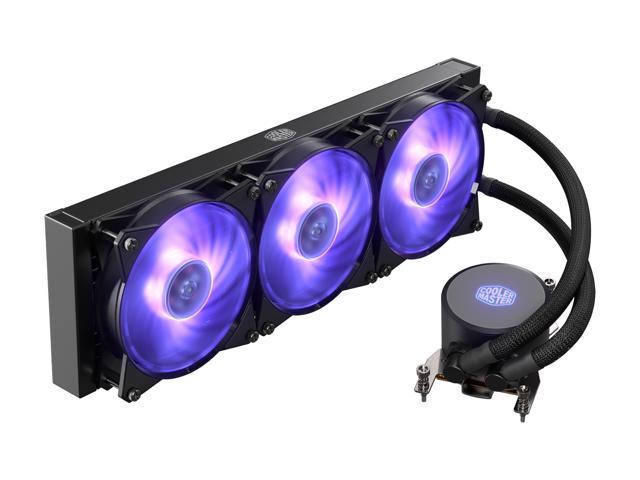 That's mighty hot. I understand the game is to run CPUs until they lock or give errors, or burn out!

Seriously, overclocking is an aspect of computers that I know a lot of people do with success. Squeezing an extra 5-10% out of them never did anything for me, but there's something in computing for everyone. I have found that adding memory to minimize swapping, etc., is a far better bang for one's buck. I don't know if one could practically tell the difference with a CPU running 10% faster than it's rated speed. That said, it will give a slightly longer bar graph when comparing benchmark results.

Also, I wouldn't say I like the idea of the large cooling contraptions serious over-clockers need to employ. Liquid-cooled heat sinks the size of a litre milk bottle circulating their coolant to an external radiator with several high-speed fans is a lot of effort. As I said, it's an aspect of the hobby that appeals to some users, and I wish them luck. Maybe a cooling system like I describe above would keep a Pi 4 B running overclocked with the latest kernel — and no doubt it's been done.

Forum Information
Recent Posts
Unread Posts
Tags
Our newest member: Turikan
Latest Post: Garage lighting and parking sensor project
Forum Icons: Forum contains no unread posts Forum contains unread posts
Topic Icons: Not Replied Replied Active Hot Sticky Unapproved Solved Private Closed
We use cookies on the DroneBot Workshop Forums to give you the most relevant experience by remembering your preferences and repeat visits. By clicking “Accept”, you consent to the use of ALL the cookies.
Cookie settingsACCEPT
Manage consent