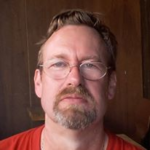 The first bot in my MyMate series will be FidoBot. It's a (non-violent, ie, barking and surveilling robot)  intended to discourage would-be burglars. I am currently specing it out. It is a (Mars) rover style bot with stereoscopic vision, hearing and analog sound system (for realistic barking and growling).

So I was just thinking about cognition.

This post was modified 8 months ago by Hunter O'Gold

I'm interested in any ideas people may have about cognition.

My thoughts on robotic cognition.

First, let me define what I mean by cognition as it relates to a robot.

Cognition - To know, or have knowledge of some phenomenon.

Limited cognition in robotics is associated with that the robot can know or have knowledge of.   Therefore the cognitive capabilities of a robot will be almost exclusively associated with the amount of, and quality of what it can sense.  Of course, it needs to also "know" what the input from the sensors mean.  More about that below.

For example, a robot that has a motion detector only, can then only detect that a motion has occurred.  It can't have any knowledge beyond this since this is the only input it was given.  All it can "know" is that something moved.  It can't know what moved, or where the object is, save for the idea that it much be within the distance range of the motion detect.

In order to increase the cognition of the robot, additional sensory input is required.   For example, if the robot has object detection then this adds to its cognitive abilities.  If it can track an object, more knowledge is added.  And of course it if can recognize specific objects, even a greater level of cognition is possible.

In summary, it's my view that cognition can never be greater than the sum of the sensory data the robot has available to it.   With perfectly efficient software the amount of sensory information that comes in could be translated into an equal amount of cognition.  With poorly written software, cognition could be less that what the sensors are actually providing.

Just my thoughts for whatever they are worth.

I can't offer any software ideas beyond this without knowing the precise specification of the sensory input.

Is your FidoBot to be an outside robot on patrol using its sensors to detect the presence of a human and then to start growling at them?  If so then it would need to keep out of sight or the burglar would soon realise the realistic barking was not coming from a fearful beast.

If its to just be an inside rover, then of course theres no need to base FidoBot doggie on a moving robot at all, but that would probably not be as much fun.   If it is a genuine attempt to deter and discourage then it would be as well to let FidoBot know information happening outside its immediate sensory capacity.  For example FidoBot is in the backyard and someone enters your property at the front going down a path to your front door how would FidoBot respond.  Obviously a remote sensor could pick up the front path movement and this information could be transmitted to, and received by FidoBot.  But also the main security control could be based on a monitoring computer in your house that summons FidoBot when required, but also takes other action like pulling down a window blind, and sending you a text alert etc.  To sum up my thoughts on robotic cognition is to think of a whole sensory system that a robot can tap into.

To sum up my thoughts on robotic cognition is to think of a whole sensory system that a robot can tap into.

So true.  When building robots we often get bogged down to restricting ourselves to working with only sensors that are part of the robot.   But in specific cases where the robot will always be in a known area, additional stationary sensors can be placed at strategic locations within that area and the information can be passed to the robot, or perhaps even a main computer that is controlling the robot remotely.

I'm hoping to someday build an outdoor robot.  I totally plan on taking advantage of the fact that it will be pretty much restricted to only my yard.   So I'll be using a lot of remote sensors that the robot can use to know precisely where it's at, etc.    Some people consider this to be "cheating".  But unless you are enrolled in a contest that has rules, there's no such thing as "cheating". ?

You can do whatever you want.

In fact, I plan on using external sensors and devices even within the house to help my indoor robot know where it is at and what's going on.   An outdoor robot would benefit from this arrangement even more.

Okay, let me elaborate. FidoBot is an indoor bot. It will have true vision (stereoscopic) and true hearing (stereoscopic). It can turn its head to 'focus' on a sound source or visual stimuli. The neural networks it will be running are using a new technique I am developing that integrates stimuli into a symbolic form that can then be interpreted by a higher-level AI cognition layer.

In other words, the sensory info is abstracted from the raw data. By cognition, I mean an awareness of its surroundings and a desire to interact with those surroundings. This is the baseline. Above that are recognition and (artificial) emotional responses that lead to behaviour mechanics.

While being designed for a practical purpose, it is an experimental platform for higher-level AI functionality.

The neural networks it will be running are using a new technique I am developing that integrates stimuli into a symbolic form that can then be interpreted by a higher-level AI cognition layer.

You're way beyond my cognitive level of AI. ?

Sounds like an interesting project to be sure.   Do you have any video of it in action?   I'd love to see it.

In other words, the sensory info is abstracted from the raw data.

I believe in this statement, in that it is the basis for some kind of intelligence.  However, understanding the relationships between raw data and real thought is going to take a lot of work to understand, and or replicate to some degree of acceptance!

I'm extremely fascinated by this stuff, but know so little about it!

My honours degree is in AI. I've been experimenting with it for decades. But we now live in an era where tiny and powerful computers are cheaply available. And robotics is coming into its own. The average person can do things today that were virtually impossible three decades ago.

My honours degree is in AI. I've been experimenting with it for decades. But we now live in an era where tiny and powerful computers are cheaply available. And robotics is coming into its own. The average person can do things today that were virtually impossible three decades ago.

Again, I'm extremely fascinated by this stuff, and look forward to any knowledge you may be able to share with us here 🙂

As to the 'emotional' side of the robot's 'cognition', I will be implementing an artificial endocrine system that affects the decision-making process by elevating certain reasoning outcomes. For example, epinephrine and the fight or flight response.

Read 'fight' as barking to scare off a person and 'flight' as hiding when danger is perceived.

Hopefully, he's as emotional as this guy!

Yeah, maybe not. He destroyed the Jupiter 2's navigational system. Don't need that in my apartment.

This post was modified 8 months ago by Hunter O'Gold

My honours degree is in AI. I've been experimenting with it for decades.

Although I have no formal education on AI subjects I have over the years  read books by authors such as Patrick Henry Winston on AI and also kept up with books and articles on the latest research and discoveries on the functioning of human and animal brains.  So I think I am well versed on the subject matter.  I have also experimented with simple visual systems including trying to make depth maps using two cameras.

As for the practical applications of AI my knowledge amounts to knowing how they implement AI in simple games like chess and insect like intelligent behaviours in a robot.

Your little tag is:
The simplest solution is probably correct.

I would put motion detectors all around the house that set off a recording of a nasty barking dog.  Maybe direct the sound to different speakers over time to give the illusion of a dog moving about the house?

FidoBot is also meant to be a companion bot. But more importantly, this is a robotics project, not a home automation project. 'Guard dog' is a 'defined operational function'. FidoBot is going to have numerous other functions that have not yet been fully defined.

FidoBot is a prototype of the MyMate series of autonomous robotic applications.