I too was enthusiastic about the internet when Sir Tim Berners Lee invented the WWW in the early 90s, but some 25 years later I have begun to have my doubts. I rarely pick up a book these days, that would be considered classic literature. When I was younger I read extensively Hemmingway, Steinbeck, H.G. Wells, Kipling etc.. To delve into the depths of good storytelling not only expanded the mind, and fed the fantasy, it also contributed to my love of the once-great English language, despite 3 out of 4 of those I mention above, being Yanks! ?

I know that the younger generation may not believe this, but there was a time when people on the subway/underground would have their noses buried in a book during their travel to work. I know, I read almost all of "Lord of the Rings" on the bus to work when I was an apprentice. Today, on public transport, at least 50% of passengers wear headphones and stare with blank bleary eyes at smartphones, completely unaware of their surroundings.

Also, I spent a small fortune on Encyclopedia Brittanica, but now I use Wikipedia but my bookshelf looks good, books reduced to mere decoration.

The internet may have a good side but most certainly has an evil one.

Please excuse me but more rants are coming! 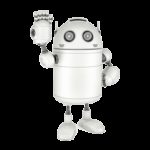