Skip to content
Forums
Outside the Worksho...
Technology & Other ...
Charmin toilet pape...

We also part company on the appearance of a robot. I want my robot to look like a robot not a scary android pretending to be "alive" when it is not. People will feel much more comfortable with a cute looking robotic body.

Sure I understand the toy robot approach and started that way myself.  However there are difference when the robot base becomes larger starting with the need for larger motors and motor controller circuits. And if you decide on arms they aren't cheap so might as well do it properly to start with.

Yesterday I bought a USB Portable Power Bank to power the RPi and it appears to work ok. Now the issue is how to balance the monitor, that is connected to the RPi via the HDMI cable, on the toy robot 🙂 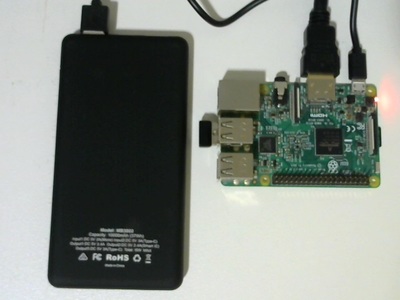 We also part company on the appearance of a robot. I want my robot to look like a robot not a scary android pretending to be "alive" when it is not. People will feel much more comfortable with a cute looking robotic body.

This is what makes the robotics hobby so enjoyable. We can all build the kind of robots that we would like to have. ?

I'm certainly not going to allow what other people might not be comfortable with to dictate how I build the robot of my dreams.

My robotics concepts are also not aimed at what you suggest. I'm not planing on building a robot that pretends to be "alive". If it obtains any level of artificial intelligence that artificial intelligence will be very real. Nothing pretentious about it. Especially not the way I intend on creating it. I'm not going to make just a cheap chat bot that has pre-programmed replies in an attempt to fake intelligence.

Also I like the idea of putting a human-like head on my robot. This is not intended to try to convince anyone that its an actual human. You claim that this would be "scary". But many people see this as being a very human-friendly interface. Some people can identify with robots that have a human like appearance, and contrary to your view, they may actually see robots that have a machine-like appearance to be the "scary" ones. So this is clearly open to subjective opinion and taste.

The fact that we "part company" on our approach to hobby robotics is perfectly fine with me. With all due respect I have no reason to conform to your personal views and ideas on hobby robotics. You are more than welcome to build your robots however you so desire. I'll most likely even give your projects a thumbs up. Why would I want to say anything derogatory about your robot projects?

Putting a human-like head on a robot is not easy task. I wouldn't even bother doing it if it wasn't what I wanted to do. I'm not trying to build a human. What I'm building will indeed be a robot. Period. I just like the idea of giving it a human face. This is a personal preference on my part.

As far as it being "scary" I doubt that it will come across as being scary to anyone. It's going to be quite small. Clearly not a real human. It will even have a wheeled based. I'm not going to try to make a walking robot.

I have also gone out of my way to create a very young childlike female voice for it. Because this is the voice I want it to have. When people hear it speak their natural intuition is going to be to see it as a very young child if anything. Not a scary adult robot that might be a threat. They'll most likely say that it is indeed "cute" if anything.

Of course this could depend on how well I do on creating the face. How the face actually turns out will determine people's first impressions of it. It will be my goal to make the face appear as pleasant, innocent, and child-like as possible.

Finally, just for clarity. This human-like head will be almost entirely a diorama just for appearance and interface with humans. Assuming that I ever actually even build the head. That's going to be one of the last features of the robot.

There will also be the option of removing the human-like head and replacing it with a mechanical face. Or perhaps no face at all, which some people find exceptionally scary.

In fact, in reality, as the robot project progresses it most likely will start out with a simpler mechanical face to be later replaced with the human-like head should I ever complete that artistic diorama aspect of this robot.

The human-like head, while having been partially started as an actual project, has a very long way to go, and due to poor health, low finances, and a very limited number of years left to exist on this planet, it's hard to say whether that dream will ever actually materialize anyway. I've worked on the head in spurts before. So who knows. Sometimes I make a lot of progress in a short amount of time. Other times the head sits on the shelf for literally months awaiting more attention.

So at this point it's really more of a dream than anything. I'd love to open-source the head and see if other people can contribute to it thus accelerating the development. But even setting up an open source program take a lot of time and work. And then there's the problem that many contributes will just want to throw money at it. In other words, they'll be making suggestions that I can't financially afford to implement anyway.

So creating this robot head is going to be a major challenge. Certainly not anything that is likely to be finished anytime soon.

The last thing I was working on was looking into the mechanics of the eyes. I think that's a good place to start since it's important to me to have good looking and well functioning eyes.  This also gives a nice anchor point to start construction of the rest of the facial features.   I've been considering using something akin to Will Cogley's design.  I think he did a great job on these eyes and I can probably make them work in my robot head with minimal modifications.

If I get the face up to the point where it has convincing movable eyes that will certainly be some major progress.   Technically it shouldn't be too difficult to do this, if I set aside some time to actually work on the head.   Although I don't currently have a 3D printer to print this eye mechanism out.   So I'm either going to need to resort to manufacturing it manually in the machine shop, or break down and buy a 3D printer.  I'm actually considering the former since I have a machine shop in my backyard.   But I'm not going to work on it today. ?