Skip to content
Forums
Inside the Workshop
Project Corner
Show & Tell
Who is anywhere nea...

Who is anywhere near a finished robot?

Looks good what module is that in rear of board sd card reader?

The design goal was to use an Arduino to move something around. Success 🙂

My current design uses three Arduinos, a Raspberry Pi, and a couple of ATtiny85s. A lot of learning to do. A lot fun too.

Looks good what module is that in rear of board sd card reader?

It's an ESP8266-01 WiFi module attached to an adapter board that include level-shifters between 5v and 3.3v.

I almost put the level shifting transistor on the shield and just attach the ESP8266-01 directly.  But I didn't want to add the extra components to Bill's DB1 project. ?  So I opted for just using the adapter board. 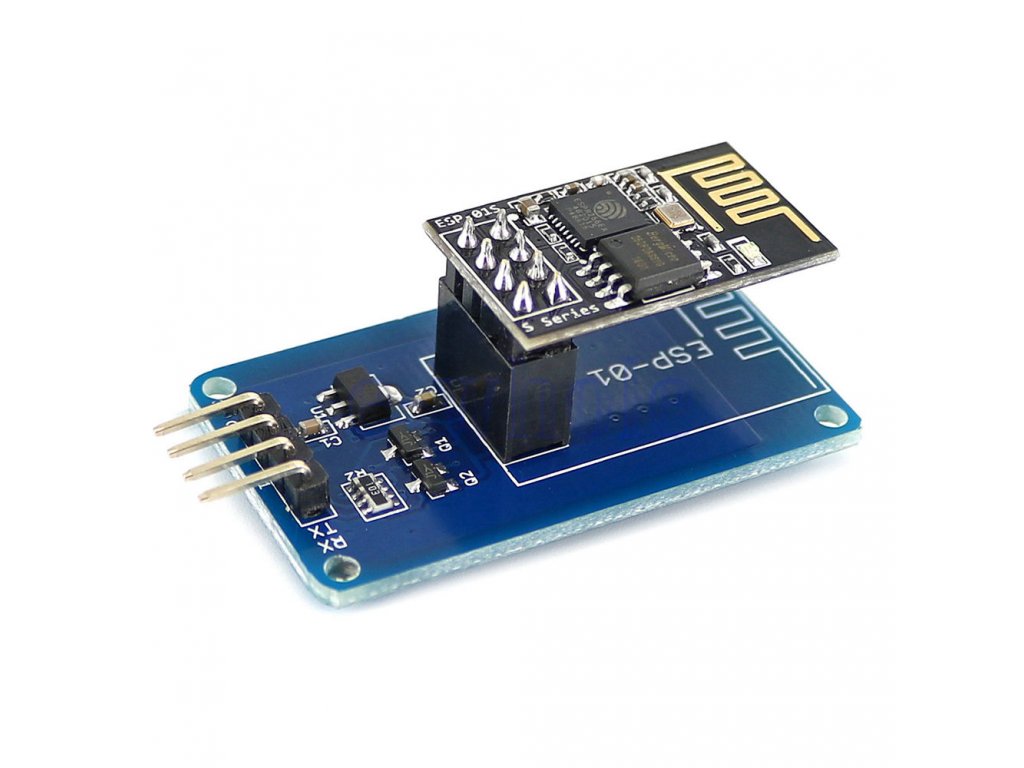 My current design uses three Arduinos, a Raspberry Pi, and a couple of ATtiny85s. A lot of learning to do. A lot fun too.

Is that an nrf24l01 ? And when did the esp come in to play? That little board can get pretty complicated to program but it is pretty neat I like the esp just haven't put time into using it but I have one hooked up to a 10 to eighty cm infrared sensor .I'm glad bill introduced me to the concept of a real robot . did the program for the motors come up on github yet? I'd like to check it out if so.and one final question are we using the real time clock in the robot? Thanks ?

In a sense I built a near finished robot a long time ago.  It could move about under remote control (a wireless keyboard to the onboard pc) and carry out simple motion commands and using a webcam orientate toward a visual target but a motor failed and the robot frame ended up in the tip.

Eight months ago Bill's decision to build a "real working" robot made me think about trying again using the Arduino to interface to the robots actuators and sensors.   I reached the same stage with the next robot but it is too weak and slow.  Although a good learning experience with the Arduino and some sensors it wasn't going to be the "real" robot I was interested in physically.

For me this the kind of "real working" hobby home robot I would love to build.  I don't know if db1 with a body shell laid over the framework will be as good?

Probably not much "intelligence" beyond canned actions both in motion and speech in response to canned commands.  I assume it can navigate and map its surroundings and track a face. The question is how would it respond to off the cuff questions or commands by anyone but Shinsel.

No, it's an ESP8266-01 WiFi module.  NRF24Lo1 is quite different. The NRF24 is an RF transceiver module.  It's not designed to be used with WiFi.   It's designed to be used with other NRF24L01 modules.  It's just a two-way radio communications module.  Although it has many features including networking capabilities to connect a lot of different NRF modules together via RF.  So it's a cool RF module, but it's not WiFi.

did the program for the motors come up on github yet?

Not as far as I know.  I've been waiting to see how Bill does the motor coding for about 6 months now. ?

While I'm not in a rush, I can't help but wonder exactly when that might happen.

For me this the kind of "real working" hobby home robot I would love to build.

Me too.  I'm not concerned with this "canned programming" because that can easily be changed.  But I like the body and arms.  That would be a great robot chassis to work with.

The robot I'm hoping to build in the future will be similar in size and physical function.  But it will probably have a quite different look.

I'm also hoping to build in a feature where the robot can become taller by quite a bit. Maybe even as much as 2 feet taller.   The idea is to give it the ability to "stretch" up and reach high cupboards, etc.   But then it can lower itself back down to a shorter stature so not to be so top heavy.

I'd probably also want the arms to move up as well, so I'll probably have it "stretch" just under where the arms attach.  No need to lift up the entire base.

But yeah, that's a quite impressive mechanical robot.  Simply having two cameras for eyes also make a lot of sense.  I'm going to an actual human-like head just for fun.   But I thought I might give her a hat with hidden cameras within it.  This way she'll have good vision, it just won't be through her eyeballs.

Many thanks, James.  Sorry about the delay, I had an interruption.

I just got through reading the PCB Design thread you suggested.  It's a real page-turner, a terrific (and generous) project, well documented.  Yes, I'll be in touch with Mike to get the ball rolling to get some more boards made, and will echo your plan to make any surplus boards available to anyone who might like one.  I've actually already made a couple based on Bill's original design (the first the rat's nest you prophesied, the second more like the condo of an uptown rat who is really, really trying to get his life together), but I love the idea of having a Wi-Fi option.

I've also spent a little time with your Ki-Cad video (congratulations on that, too!), and will finish it later tonight.  It'll be an enormous help, I'm sure -- as will the exercise of ordering new DB1 boards.  It's all a new adventure for me..

It is spring 2020 do you know where your robot is ? It seems like a lot of progress is being made by everyone ! Who has a working motor controller yet ? How about base and navigation ? Well not me yet but soon I think my launch date is set at year 2525 lol give or take a few days I also hear there are printed circuit boards on here somewhere I sure would like some . but in any event I will be posting my motor controller duce robot style of course  lol . but I would be interested in seeing some of the motor controllers out there.👍😀.

Hi Everyone. There are so many good ideas on this forum. I like the idea of making a robot taller. Besides hydraulics are really cool.

This is my robot which i strung together with some second hand Meccano junior pieces. I hope to improve on this with the DB1 robot course.

Thanks! I appreciate the comments.

My ultimate ambition is to build a larger robot like DB1 and have this controlling a bunch of smaller robots... a robot for my robot...

Reviewing this thread I noticed some interest in any DB-1 relevant PCB's that might have been produced.  A few months ago I had a few replicants of the Arduino Mega 2560 shield made, using the excellent design of Robo Pi.  I have a few left, and would be happy to contribute them (one at a time) to anyone's ongoing DB-1 efforts.  I'm also close to finishing a KiCad design for Bill's revised motor controller board, and hope to have some actually manufactured in the next week or two.  I'll send up a flare when they're done, and anyone interested can help me figure out if they actually work.