Skip to content
Forums
Inside the Workshop
Project Corner
Show & Tell
What's on your benc...

What's on your bench?

I was wondering what everybody's got on their bench. I figure like me there's projects you're working on, projects on the back burner, so what you got going on?

Personally, I've been playing with a raspberry Pi 4 and a raspberry Pi zero doing some voice recognition kind of stuff for a potential furby project with a friend soon.

I found I can do the development on the 4 and as much as I know it's not a good thing you can just swap the card over to the zero and it flies so I've been going back and forth because if you've ever done development on a pi zero you know why. 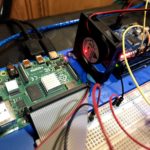 OK, so I have a ton of projects including working through all sensors with Arduino, ESP8266, RPI etc. as well as controlling motors and related IoT projects. However you asked what's on the workbench so here it is:

Breadboards with RPI, Arduino(s), other microcontrollers. Software IDEs on the RPI include Arduino IDE and PlatformIO with Visual Studio Code. Circuits are basic (temp & humidity, and an LED to blink) but the plan is to re-write any sketches in PlatformIO, so I better start start easy! I use Cayenne IoT platform, so more IoT and MQTT as well as home automation is on the list.

The other end of the bench has my Win10 workstation (CAD, slicing for 3D printing, programming robot arm), RPI "desktop", Jetson Nano 2GB.

If you go a bit further you'll find the robot arm.

In the other room ("workshop") has my 3D printer (Creality Ender 3 Pro connected to RPI3-B+ running Octopi) and my bench for electronic work like soldering.

I've been confined, working from home, since March of last year. These projects grew from boredom as well as pushing me to improve my professional skills as we do IoT, cloud, AI etc projects.....right now I'm far from the smart guy in the room!

Hopefully others will chime in with other exciting projects. Mine have not been realized, but I'm well underway starting them!

I'm kind of the same I've been home since March but only about two or three months ago I set up a little studio with some raspberry pies and stuff.. just about to pull the trigger on a Jetson nano I think..

I'm more of a programmer than an electrical engineer so my stuff leans towards python..

Really interested in seeing the sensors in action.. and maybe some 3D printing 🙂 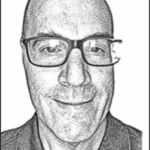 Today it's all about the Raspberry Pi Pico.  See my other post for more details.

@supercharlie Staying on theme, here is a 3D printer holder for a 16x2 LCD screen using DHT11 temp/humidity sensor on a NodeMCU microcontroller. Sits beside my laptop, in case I want to know temp and humidity in my office.

Here is a holder for the Arduino UNO on my development station. The "station" itself is a $6 IKEA laptop stand!

For 3D printing I decided my prints would be functional, and I'd live with the ugliness and work on perfecting the slicing process. So far that's been working for me (and my ugly products).

Yaaasssss this is what I'm talking about.. okay I need to get off my ass and make some videos of my programming stuff..

Doing a little furby hacking on the workbench today

Love the chaos of wires we create!

What is your work surface? Looks like a smooth rubber mat. I use silicon baking mats (yes, from kitchen section), antis-staic mat and/or a self healing cutting mat. I'd like to cover my electronics workbench....even if it does have years of patina from  me, and my Dad 😎

I should work on a mat but this is just some black plastic banquet table.

Today's messy bench segment - converting some old Dell laptop power supplies to use with projects by cutting off the square connector and adding a more common barrel jack. In another thread I posted my disdain for dirty old soldering iron tips. Guess I will resolder my first attempt. Nothing better than reworking a job to remind you to do it right the first time.

These will give me added flexibility for some power supply projects, such as we seen here on Drone Bot Workshop with buck converters etc.

Lately it's been pretty much this..

@supercharlie There is some space on your desk that is void of wires. You need to expand the Jetson's footprint 😆

On the bench yesterday.. the furby project.. a voice activated furby that responds with either a random media file like mp3 or picks a random text file and speaks it.. almost there..aaaalmost.. 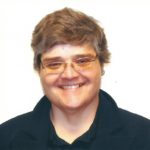 I was wandering around the net and found THIS little hack for making a DIY single inline resistor package so just for fun, I threw it together and gave it a try. I'm not sure if works right, but all of the bulbs lit up when I wired it together. It was pretty fun. NOw I just have to figure out how to use the multimeter to see what is actually going on in the circuit.