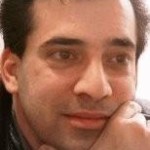 I recently discovered YouTube installments from Bill and have found them wonderfully informative.

Amateur Radio, General Class N5WPG, I am a former merchant mariner (years 2003 - 2015) now regional professional driver (having driven truck long distance since the late 1970s). Since middle of last year, I've had a great opportunity to drive for a private fleet, now getting to go home once a week allowing time for hobbies once again, I am delighted to live life again. That brings me here, at age 62, through the discovery of Arduino and Raspberry Pi platforms from which I can get back into electronics hobbies. A bit late in life but excited about learning nonetheless.

To learn more about Arduino and Raspberry Pi, I am particularly concentrating on model rocketry, a hobby I shelved way back in the early 1980s as I went full time driving over-the-road. Now, I'd like to incorporate more electronics into the rockets I will be building. I am planning on having various telemetry systems installed, cameras, etc. My focus is on thrust vectoring control to add realism to the launches by slowing down the process and some sort of after-burner system to add to the excitement of launches.

And while I am at it, I am planning on honing my modeling skills further by developing a realistic-looking (as well as a realistic-functioning) launch pad/platform. Back in 1982 (I believe it was) I launched simple Estes rockets with C and D motors from a basic launch pad consisting of a 1/4-inch blast plate and skimpy little launch rod. Today, this part of the project is going to a much higher level (pardon the pun). I always wanted to build a kind of realistic launch tower to go with the pad to simulate the Saturn V and Space Shuttle programs' and now I am starting it. The more research I am doing, the more I need to hold off until enough information has been gathered. My target scale is 1:100. That puts a Saturn V rocket of 363 feet in height to a model height of 3.63' or 3-feet 7 1/2 inches (if I have my math correct). At this time, high-powered rocketry (HPR) is not my goal. I am sure that will be in the future but for now, I want to have some fun with LPR and more controllability.

So there is not too much to share with you today other than, at this writing, I am beginning work on the flame trench system of the launch pad. This is a bit more complicated than I thought but I am enjoying the endeavour immensely already just by doing the research on it.  Other considerations I am contemplating are things like learning about - and using - load cells to accurately record thrust from rocket motors, lighting of various kinds so that the model will really look cool at sunset out in the yard or on a table in a semi-darkened room.

That's it for now. Thanks for reading my intro. Are YOU doing rockets too?

Latest Post: ESP32 Setting up for And Problems with the pyserial Our newest member: njunior Recent Posts Unread Posts Tags

This website uses cookies to improve your experience while you navigate through the website. Out of these, the cookies that are categorized as necessary are stored on your browser as they are essential for the working of basic functionalities of the website. We also use third-party cookies that help us analyze and understand how you use this website. These cookies will be stored in your browser only with your consent. You also have the option to opt-out of these cookies. But opting out of some of these cookies may affect your browsing experience.
Necessary Always Enabled
Necessary cookies are absolutely essential for the website to function properly. This category only includes cookies that ensures basic functionalities and security features of the website. These cookies do not store any personal information.
Non-necessary
Any cookies that may not be particularly necessary for the website to function and is used specifically to collect user personal data via analytics, ads, other embedded contents are termed as non-necessary cookies. It is mandatory to procure user consent prior to running these cookies on your website.
SAVE & ACCEPT