Just returned from the Vape store closest to me and they said they didn't have any 18650 batteries and had not had any for almost 6 months.  The reason was, it seemed to them, that none of the battery manufactures want to sell to Vape businesses since so many law suits have popped up around vaping batteries exploding, starting fires, and injuring folks.  They advised I might try Batteries & Bulbs.

I tried my closest Batteries & Bulbs and all they had was one brand, which I had never heard of, that was actually about 1/8" longer that the 650mm normal length because of an additional small circuit board used for circuit protection on the positive end of the battery. 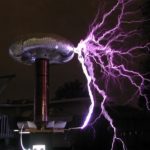 hmmm, not good to see that even vape shops are being that way. As far as the battery being longer due to the "circuit board", its a battery protector and that pretty much means that it isnt a true Li ion battery that vapers luv to use. that chip limits output current and charge current. If the chip is removed, it makes the battery more prone to go poof...

IIRC, there is a website that deals alot with Li batteries... for some reason the name "mooch" has something to do with the site

ahhh  here it is

Went to Mooch site but not sure I need 50 batteries!

I get mine from here

As the name suggests, the only thing they sell is 18650 batteries, and a few chargers. I never bought a charger from them, but, they didn't carry a very specific item I was looking for. I'm only using these batteries for robot projects, so I have no idea if they're compatible with vapes

Also, even though I'm using a "proper" charger, I still only buy the ones with the charge protection built into the top. The ones I buy are, on average, $5USD each

Thanks for the link!  I plan on using them only for robotics as well.  Can others with experience join in so we can discuss the differences in the batteries as related to protected or not protected as well as flattop versus button top.  Which ones are you planning on using @dronebot-workshop?

Which ones are you planning on using

I guess it depends on your use case. For the motors I use the LG-HG2 which is unprotected, but capable of delivering a bigger punch when needed, which could become a problem cuz there's no protection circuit to keep it from delivering so big a punch that it reacts in a decidedly negative percussive discharge...

and for the computers (Pi, Nano, Arduino etc) I use the LG F1L, which ARE protected, but the protection circuit keeps it from delivering a punch capable of initiating a violent flammable concussive outburst, yet still big enough to power the things for a few hours. Assuming, of course, that you've adjusted the buck converters correctly, and the computer itself doesn't start an unplanned release of magic smoke

They also don't have battery holders, which I am in need of. I did 3D print a holder for a single battery, but the springs I have in my parts box just don't want to take to the solder, which made it a lot of work, so I've been getting my multi battery holders from Amazon

Sorry I'm late to the party, have been meaning to throw in a few comments since I saw this yesterday but I was busy fixing something called ElephantDrive, which is a story for another time!

Glad you found a good source of GENUINE 18650 batteries, you really can't trust the ones on Amazon or eBay and most are fakes with highly overrated current capabilities. Genuine (and new) Panasonic, Samsung, Sony or LG cells are always your best bet.  Watch out for the fakes, many are just reclaimed cells that have the heat-shrink cover with a Samsung or other logo.  There are websites and videos on YouTube that will help you spot the fakes, one way to do it is to weigh the cell and compare it to the real manufacturer's spec sheets.

If you're a Canadian like yours truly a source of genuine cells is Flashlight World. They ship to the US as well, although I think for 18650 cells you are always best to find a source in your own country so they don't have to cross any borders (especially with the current situation).

As for battery holders, I've been looking into that for DB1 as it will need a few battery packs constructed with 18650's.  The standard way of doing this is to spot-weld the cells, which doesn't appeal to me as I'd have to buy a welder and the cheap ones don't do a good job. Plus if a cell dies it's a big hassle to replace it.

What I'm planning on using is the Vruzend System to put battery packs together.  I've been considering them for a while, and one of my viewers also wrote to me about a year ago and said he was using them and loved them.  A lot simpler than spot-welding and much easier to replace a cell if you need to.  Incidentally, they also sell 18550 cells as well, and they also give discounts to US and NATO ally service personnel and vets, which is really nice.

Just my two cents (which considering the current value of the Canadian dollar is bearly a penny!).

Any thoughts on using the 18650 batteries with the protective PCB attached in the Vruzend system?  How about flat-top versus button?  I'm guessing at least you'd need to use at least all the same type within a pack you had put together.

And on the charger you bought does it differentiate between the standard batteries versus the protected batteries?

Apparently the charger does accept the 18650 cells with protection, although none of the ones I have in stock use the protection circuit so I can't say from experience. They certainly would have no problem fitting into the charger.  I would not try mixing them during a charging operation, as you're not supposed to mix cell types.

Since the 18650 cells with the protection circuit are the same diameter as the unprotected cells they should physically fit into the Vruzend carriers. I'm not sure, however, if the carriers would prevent the gas-vent feature of the cell protector from working.

Electrically you can build a battery pack with protected cells, as with most packs of 18560's it's a good idea to use a BMS (Battery Management System). Most battery packs use a BMS and unprotected cells, as the BMS provides overcharging protection.  I've also heard that some BMS boards can be "fooled" as to the charge state of the battery if it has a protection circuit, but I believe that only happens under rare circumstances.

Yea ☹ I have a set of Ryobi cordless tools that I bought back in the 90's, and the original batteries worked up until a few years ago (One of them still does !)

Ryobi went thru their whole line and retooled their batteries (and this is the cool part) they retro fitted the batteries to fit the older tools ! You still need a new charger for the new batteries, but I didn't have to buy all new tools just so I could have a new battery

Now, here's the thing... I have one of those new batteries that the charger just wouldn't charge. The charging circuit told the charger that the battery was completely dead, so just quit trying. That was depressing. I had only had that battery for about 2 years, and at $50 a pop, I wasn't pleased

After some research, I found that if you open up the battery casing, you can just throw a standard charger onto the pack (SELECTIVELY !! Carefully charge only the amount of the charger) Mine is an 18V pack. I didn't actually have to disconnect the batteries, just throw the probes into the proper place in the pack

The whole charge procedure (once opened) took about 2 seconds. You only needed to throw enough electrons at the thing in order to bring the charge up enough to tell the charging circuit that the battery isn't actually dead, and please go ahead and start charging thankyouverymuch

some BMS boards can be "fooled"

Tinkering with something like this though, is a job for only 2 specific groups of people...

1: Experts who know exactly what they're doing

2: People too stupid to realize just how badly their day could end if they screw up

if the battery holders have height restrictions, you may have an issue with the protected 18650s fitting them. I had an application that used 3 18650s in series ( stacked) and the additional length of the cells added up and made the battery set way too long to fit the tube, but the problem was easily solved, I removed the protectors. The cells were in a low current usage situation, so I wasnt worried about the missing protectors.