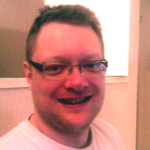 VFDs are the charming green/blue colored displays that can be found in microwave ovens, car radios or audio equipment from a few decades ago. Unfortunately they are less common in modern electronics as they are relatively expensive to produce. They look nice because they emit light, come in many shapes and sizes, and often are custom designed for their purpose. 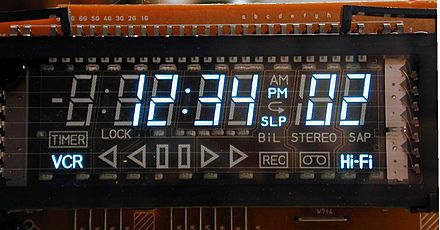 There used to be an Adafruit component available for hobbyists (which is discontinued), but I was able to find a similar module on AliExpress. This is a generic model that has 2 rows of 20 characters, and is based on the SAMSUNG 20T202DA2JA. It's reasonably priced and as such is very relevant for hobbyists in home-brew projects as well, especially as they are converted to operate on 5V which makes them compatible for Arduino control.

There is also a datasheet available: https://datasheetspdf.com/datasheet/20T202DA2JA.html

And there are some videos on YouTube discussing VFDs in general, but weirdly enough not that many and none as wonderfully fleshed out as Bill usually makes. That's why I thought it would make a cool subject for a video. There is a lot of interesting detail to these modules and they can create an enormous impact in homemade projects because of their visual attractiveness.

An example of a nice clip discussing VFDs on YT:

A thread on the Arduino forum: https://forum.arduino.cc/index.php?topic=20619.0

A link to the Adafruit VFD Arduino library: https://github.com/adafruit/SPI_VFD

I also think VFD's are great displays, I really like the look of them.  And it's great that you provided the spec sheet and the links as well.

A couple of concerns:

I'm actually interested in doing this but would like to hear from others as to what the interest might be. I don't mind spending the money to get a display like this, but I'm not sure that is true for everyone else.

Or perhaps you, or someone else, have a source for a cheaper unit? Maybe the one I found on AliExpres wasn't teg hone you looked at?

I'd like to hear a few opinions on this, as I said I'm interested. And thank for such a well thought out suggestion!

Nice to hear you're interested. I do agree with the points you made, they are rather expensive and require some extra effort to work with them.

What I understood from searching around, is that these units are getting relatively rare. So the newly produced once are going to be expensive as they are targeted at the hobbyist with a special need for them, not for the mainstream market or industry like they used to be.

A quick search on AliExpress shows there are several salvaged units available for wildly ranging prices. I guess if someone doesn't mind getting a used one, that could be a way of spending less money on them. They would be a lot less standardized for usage that the Samsung one and it may be harder to find a datasheet.

Another way to go, if you'd like to be adventurous, is to try and salvage them yourself. The problem there is that most units found in consumer electronics will probably very specifically designed for the use in that particular appliance. So it would be hard to find a nice general purpose unit like the Samsung one (indeed the 20T202DA2JA). There are several YouTube videos on how to do this, where to find them and how to get them working outside of the appliances. But that's a really adventurous route to go, with no guaranteed result.

Searching Ebay yields similar results as AliExpress: there are some offers near the US$ 5 level, but it's hard to tell what kind of unit you'll be getting (for sure smaller). Also, some sellers seem to make up the difference in price by raising the shipping costs. A $5 unit that ships for $25 is effectively still going to cost ~$30 just like the other offers.

In any case, there will always be some searching and comparing involved doing a project using VFDs. But that's also part of the fun if you ask me personally. It means that a project one uses these in, is going to be a bit special and perhaps even a one-of-a-kind. To me personally, that is an additional appeal, although I can certainly understand that it would not be as uniformly appealing to the entire group of viewers.

So I think it's wise to ask around for opinions and see whether others are interested as well.

At any rate, glad you liked the suggestion, Bill!

although I can certainly understand that it would not be as uniformly appealing to the entire group of viewers.

And that, I'm afraid, is the clincher.

Basing an episode around a part that is hard to obtain, to the point where you need to salvage it, is probably not the wisest idea.  Also, I'm struggling to come up with something you can do with a VFD that you couldn't accomplish with an OLED display, which can be easily and inexpensively obtained.

Also, the popularity of "VFD Display" as a search term on YouTube had dropped quite a bit in the last three years.

At any rate, glad you liked the suggestion, Bill!

I did indeed, and I thank you for submitting it.  But, unless someone can convince me otherwise I think I'll have to pass on it, sorry. 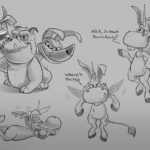 I built a VFD kit clock a couple of years ago. The power supplying the tube failed at some point within the circuitry about a year ago. I would have been interested in this for that reason since I intend to repair it at some point in the future once I have a better understanding of it.

Nixie clocks are much more interesting to me. 1960's tech of the display numbers used on copy machines of the era are very interesting to me. The expense of the tubes are the limiting factor to me, however the IN 12B Nixie tubes can be bought in small quantities for about 3 bucks each. IN 11 tubes which I believe to be VFD's are even cheaper and provide a nice turquoise display.

This message was approved by Recycled.Roadkill. May it find you in good health and humor.