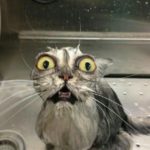 I have been thinking about building a robot, at this point more like a rumba with a brain. I have seen many project robots but it appears they concentrate more on controlling the robot than programming it to do daily functions.

As a kid I had an Omnibot 2000 it was great! You could program it to drive a path or pattern on the floor and record it's movements on a cassette tape using an AM transmitter which was great for the 80s but now I want to build one with all solid state electronics and memory! No more tapes, no AM 50 Mhz transmitter.

I like using WiFi or blue tooth. Here's the thing the robot itself doesn't really require the memory the application that operates the robot stores all the motion locations and the functions.

Just with that last statement i think I have figured out how I would do the mentioned above.

Picture this 2 Raspberry Pis One a 4B+ the other Pi zero-W. Setup up on WiFi (Leader follower configuration)

The Zero connected to the motor driver controls with feed back on the bot Maybe even a camera!

The 4B+  running the App providing the User Interface and storing the programs and sending them to the bot.

What do you think?

I presume you mean a Roomba with a brain.

A Roomba does have a "brain". If you can build a robot as good as the most advanced Roomba robot vacuum you are doing well!!

My current experimental base is a robot vacuum base because it came with everything I needed without the high cost of building it from parts. I just removed the "brains" of what was a cheap simple robot vacuum to be replaced with my own robot brain made out of an Arduino and a laptop.

Well, That's awesome! Not what I meant but hey it's great in it's own right! What I am looking to build is a programmable robot that is capable of knowing where in a room it is and can find it's way back to a home base and or charging station. Think Omnibot by TOMY but with AI and some intellisense.

The more expensive robot vacuums do know where they are in a room by using LIDAR and/or Vision.  They have long been able to find their way back to a charging station.  My intention is to have my robots equally capable.  AI is a loaded term and can mean a lot of things when it comes to its implementation in a machine.  A robot vacuum that can avoid obstacles, locate itself in a house, efficiently vacuum or mop a floor and find its way back to its charger I would say is acting "intelligently".

Good Points There! I just want more than toy right? The thing is I'm a jetson's era type person we were promised flying cars moving sidewalks and robots like Rosie! It all never happened! Adding more expensive hardware to anything might make it better (LIDAR) not a cheap item at all, I have worked on AGVs in large automotive plants using LIDAR that are run by PLCs. Guess I'm spoiled because I have seen what these $54k machines are capable of doing. But that doesn't mean I want invest that much into this project. The concept I want is simple.

1 I remotely control the robot once on a path to do a task that is being recorded in to memory (Flash).

2 I return the unit to its starting point and run the program that I recorded and it does the task.

3 It returns to its starting point and waits to run another program.

This is the starting point of something that I have been thinking about and adding to (like AI) so when the robot is running a program and it can complete another task while running the original task.

I like your thinking though! You put some thought into where I want to go with this and that is so cool!

But you don't say what you will be recording as you remotely control a robot to travel along some path or what task it is to perform? I would suggest a better way of thinking about autonomous robots is in terms of moving toward some goal state. The AI is about reducing the difference between the current state (which may be many different start points) and the goal state.  A simple example of this is planning a path from a current position to a goal position. You do not have to remote control anything. Just say "Go to the bathroom and get me a towel". The goal state involves having hold of a towel and being next to you saying "here is your towel". There is no fixed set of actions to repeat like a pick and place robot arm. There may be an obstacle to avoid and thus the path plan changes as the robot moves it is not fixed by some remote controlled set of moves. Then it has to find the towel again it is not fixed by some remote controlled move to get a towel from rack 1 when in fact this time the towel may be on the floor or some shelf.