Navigation Sensors vs Other Sensors

Bill I want to thank you for airing this concept (quite some time ago now). I'd run into a conundrum over sensors and how to employ them. I've written up 30 (plus) pages of documentation on my robot and was (at once) too close and too far from the problem. I have now set aside a single sensor array to assist the navigation function of my robot, and this has enabled me to make some significant progress. The other sensors will operate as secondary data sources, likely through some "interrupt" driven method.

Yes, robots can have multiple layers of sensors.

The higher layer of sensors provides 'perception' to the 'higher' level of robots such as localization and mapping.

The lower layer of sensors provide emergency stop capability to the robot if it senses something is wrong. These are generally fail-safes.

An interesting example can be seen if a Robot uses a time of flight camera for perception. The camera gives visual input which the robot then uses for localization and path planning.

The interesting bit is what happens if the robot drives up to a glass door. The visual sensors would be seeing the path is unobstructed. The robot would drive right through the glass.

The robots can have additional sensors such as ultrasonic distance sensors.  These sensors can be set up to stop the motor drivers if they sense something is to close.

The lines can get fuzzy between the two type of sensors. For example, when you are reading this page you are visually processing the individual letters into word which have meaning.

If, while you are reading, I throw a ball at your head, you will instinctively duck. This stimulus bypasses the brain and goes straight to the nervous system to tell your muscles that something is wrong and you should get your head out of the way of the flying object. 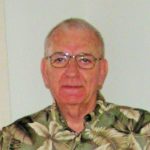 Good observation there, twobits about the reflective surface obstacle. Even humans have trouble with that, not only in seeing reflection but of not sensing the clear obstacle in their path- the invisible barrier.

In my mind, I see robotic sensors as a matter of first functional needs to achieve the designed mission and secondly as a matter of density in the sensor array. How many things does the robot need to sense in order to accomplish the mission(s) it was designed for. Animals, for example, have to navigate a huge number of obstacles to achieve their goal of survival and reproduction, so naturally, their sensory array is incredibly dense. While a simple lawn sprinkler controller only has to sense time. If you wanted a sprinkler controller to also sense the color of the grass, the outside temperature, humidity, rainfall, wind, diseased plants, etc, the sprinkler controller is obviously going to get a much more complex sensor array- and that array would be ever more complex depending on the size of the area and number and variety of plants the controller was responsible to care for. One can see, eventually, such a machine could become quite complicated simply because the designed mission became complex.

I was amazed when the Segways came out. I mention this because they represent the other factor - which is the sophistication of not only the sensors but also of the controllers that are having to interpret their output and "up their game" in responding to that input. It's kind of like the age-old question of "Which came first, the chicken or the egg?" Sensor arrays drive the need for ever more sophisticated controllers- or is it the other way round?

To give credit where credit is due, my dog made the observation:)

I was sitting in the living room when an uproar of barking came from my bedroom. Lena, my German Shepard, started barking and came charging through the house at full tilt. She had heard a squirrel on the back porch.

About four feet before she reached the porch she planted her front feet and sat down. One of the pesky humans had just washed glass patio door. She got pretty close before she realized it was closed.

Lena's 'I hear a squirrel so I must chase it' system needed to be overridden by her 'yikes the door is closed I better stop before I bump my head' system.... again.

Nice thread I wish I had noticed it 2 months ago.