Skip to content
Forums
Welcome to the Work...
Introduce Yourself
New member - Phil

I've just joined the forum. I'm over 65 and have been interested in small electronics for decades. Last year I was following a you tuber who was making an 8 bit computer and found this fascinating. This got me interested in Arduino projects and so I spend a lot of my time trying to work out how things work they way they do.

At the moment I'm having trouble getting a library to install properly (New LCD Library).

Would appreciate any help you can give. 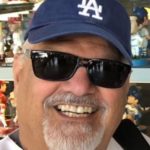 At the moment I'm having trouble getting a library to install properly (New LCD Library).

Hello and welcome, Phil, can you be more specific about your difficulty? Seems this happens most often when the user does not properly connect via the right COMM port. Is it just the LCD library, or are you having issues with uploading overall?  Maybe others can jump in once you provide more specificity.

Hi SecondLaw and thanks for the reply. I'm trying out the I2C demo - LCD Display with I2C Interface Demo
lcd-i2c-demo.ino
Use NewLiquidCrystal Library
DroneBot Workshop 2018

This is the error message I get:

Maybe it's not the response you want but since I couldn't get the LiquidCystal display to work, I thought about using an OLED display.  So on the workshop I set up the OLED tenp humid exercise.  And that worked.  Then I added the UV sensor to that. So I have a temp, humid, and UVindex sensor.  Just by patching in code from the UV meter sketch.

I don't know enough about libraries to solve library problems.

It looks like you have the NewLiquidCrystal library installed but that is not the one that your IDE is pulling. Unfortunately, I do not have that library so I cannot test it out. I also don't know what POSITIVE is. As far as I know, that is not a C/C++ command. Try just deleting that and the comma before it and see if it compiles. The library manager should have one from Adafruit available if you search LCD and it should work exactly the same but without that POSITIVE there.

Edit: Actually, I realized it was the backlight and that library does not support that. And I believe the POSITIVE is the backlight polarity, maybe...

It was the closest I could fine. Let me know if that works.

Forum Information
Recent Posts
Unread Posts
Tags
Our newest member: KotheJ
Latest Post: Control Relays With phone, Via SMS from anywhere-home automation
Forum Icons: Forum contains no unread posts Forum contains unread posts
Topic Icons: Not Replied Replied Active Hot Sticky Unapproved Solved Private Closed
We use cookies on the DroneBot Workshop Forums to give you the most relevant experience by remembering your preferences and repeat visits. By clicking “Accept”, you consent to the use of ALL the cookies.
Cookie settingsACCEPT
Manage consent