Have a good one!

I am retired from a career that started with software development on Varian, HP and Dec minicomputers in the early 70’s and transitioned through various management positions that went from engineering economics to telecommunications regulation.

Now I’m a full time tinkerer and part time scuba instructor. My tinkering has resulted in a US Patent for a scuba device that consists of two interlocking parts to hold scuba cylinders on either side of a diver’s torso. Each part is composed of  a 3/16” or 1/4”  bent piece of stainless steel rod partly embedded in a plastic or rubber pad.

Although my manual bending jigs are adequate, they lack consistency. Commercial manufacturers with large CNC 3D benders aren’t interested in my limited quantities and none of the Arduino based 3D wire benders are capable of bending the rod that I’m using. As a consequence, I’ve been developing a Fusion 360 design for a CNC 3D machine capable of bending 3/8” rod and tubing and am at the point of buying a couple of motors and gearboxes to test various aspects of the project.

Even though I lack the electronic skills for the CNC portion of the project, I have enough knowledge to be dangerous and have found the Dronebot videos to be a godsend. Having produced a couple of YouTube videos, I can appreciate the amount of effort that you have put into producing so many quality videos. Keep up the good work.

It sounds like you're getting closer to your goal on the bending issue & CNC.

The only website I can think of that could possibly help you would be Dave Gatton CNC...  They have a live Youtube chat almost every Saturday starting at 5:00 PM Pacific.  I think you have to be approved to be able pot, etc. ...  So check it out ASAP and get cleared to join.   You could get on it, and using the Chat process, try to present your problem & hope for some feedback and progress.

Is the electronics needed to BUILD the CNC system you have in mind?

I am retired and hoping to 'learn' a new hobby. I already do astro-photography, wood-working with CNC, getting back into amateur radio (KC3SN), and DIY electronics of a sort. My software knowledge is elementary when it comes to Arduino or Python or other non-HTML coding areas. After reading many posts and scanning many websites I luckily came across DroneBotWorkshop, and WOW am I excited. Hope I can contribute just a little bit while I forge ahead on my first project: a wifi enable Arduino Nano with stepper motor controller for tuning a magnetic-loop antenna. So, so much to absorb for an ol' dude.

Hey!  It sounds like you have picked a good and fairly simple project for Arduino!  A little study & you'll be on your way...   The actual turning would not be too bad...  BUT, displaying what Direction it's pointing at...  and watching it move as you turn it might be a little more challenging...

Here is another person that you might like...  He has helped me a lot...  This site and His stuff are my Favorites! 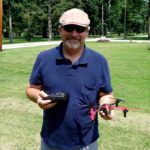 Welcome to the DroneBot Workshop Forums!

We're a community here and it would be wonderful if you could take a few moments to introduce yourself to everyone.

You don't need to enter your complete biography, just a couple of sentences about who you are and why you're here is fine.  If you'd like to add a few words about where in the world you are located and what it is you do that would be great.

Looking forward to meeting all of you!

Hello Everyone from Indiana, the Number "1" - Fly Over State, lol.

This is an awesome website, with a vast abundance of information ...

The Forum tells me this is a serious site and channel, I am confident if I have questions there will be members that can give me a hand, this is very important to me!

My name is Daan Wentzel, retired and living in South Africa.  I am a paraplegic and my aim is to create projects to try an make life easier for disabled people, eg home automation.  I am new to robotics but do have electronic experience.

Hi Daan and welcome aboard from Steve in Hamburg!

I am pretty sure you will find plenty of helpful souls on this forum, especially with such a noble cause. Be sure you get a good grounding in C++, this is the backbone of the microcontroller world but this is the wrong place to learn it. Thankfully, there are plenty of resources and tutorials on this subject, on YouTube.

Nevertheless, have fun participating and don't be afraid to ask any question, as with everywhere else on this planet, someone will have an opinion! ? 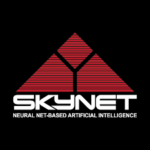 Enjoyed the eeprom video and I ordered a few breakout boards to work with. I haven't used eeprom much saving a few values or id numbers. My name is Don I've been working with micro controllers since 1988 with the 68hc11 and 8051 then AVR 90S series and stayed with the AVR family. I still maintain source for many projects written for AVRMega32A in WINAvr C. Just wanted to say hello to everyone in the forum.

Enjoyed the eeprom video and I ordered a few breakout boards to work with.

Glad you enjoyed the video Don and welcome to the forum!