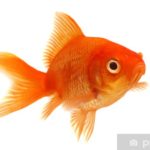 As part of my internship I'm doing some reasearch on wireless temperature sensors that can endure up to 200°C. Also, these sensors have to be connected to a PID temperature controller so the piece I'm trying to heat can maintain a certain temperature throughout the process.

I found some RFID sensors that can send data to an RFID reader, which sends that data to a computer program in real time, but I haven't been able to find a PID controller that can receive data via bluetooth or wifi, or any other wireless method. So my first thought was to send data from the RFID to a computer, connect the PID to the computer, and finally, connect the piece-to-be-heated to te PID. I wasn't able to find a PID that could be connected to a compute either, but I've seen videos of self-made PIDs with arduino and I thought maybe that could work.

I really don't know anything about programming or arduinos so I thought I could ask you for help and suggestions. I've been told that there are PID modules that can be used wireless and, as for programming it, I need to have in mind a FailSafe method so the process can be disabled in case of disconnection or general fail.

- The data from the sensor has to, somehow, reach the PID in real time

Thank you in advance, I'm really looking forward for your suggestions, if you need any other information please let me know.