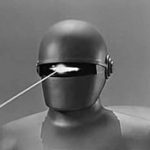 I’ve been asked, by a local museum, to help with a STEM project for 6th to 8th graders. The project will demonstrate power usage and power management, in space. The idea is to place various loads on a power source, and measure the source voltage over time, to see how the different loads affect discharge rate. Not necessarily space related until the next part. Then, they want to use solar cells to recharge the power source, and see how the rate of charging changes with varying lighting conditions. The problem we’re having is with the power source. We’ve looked at niCad, Nm-Hi, and Lipo, rechargeable batteries, but their discharge/charge curves are very flat, so there is little change in voltage until they are almost completely discharged or charged. We’ve also looked at large capacitors, but their discharge/charge curves are too steep. The ideal would be a power source whose voltage changes linearly over time, but I’m not sure how to achieve this. Any help would be appreciated.

@wrhastings Your problem is the battery manufacturers spend a lot of $ and engineering skull sweat to keep that 'curve' as flat as possible. Have a look at measuring capacity and then display the delta capacity over time.

On the other hand, the solar cell power (Volts x Amps) will directly vary with the illumination up to the max.

I think you need to ask yourself why would anybody ever want a battery whose voltage dropped appreciably while you used it. Would you want a flashlight that kept getting noticeably dimmer all the time or a radio that continuously lost volume or a pacemaker that got weaker every day ?

Same thing in space, they want a power supply that constantly provides a suitable voltage to run the onboard equipment. Most devices require a steady voltage in order to operate correctly.

Similarly capacitors are intended to provide a lot of current very quickly (especially supercars) or to smooth out rapid changes in the voltage (aka ripple). So, as you've seen, they won't be suitable either.

I think your (or at least the museum's) problem is that voltage is not a good representation of what you're really looking to demonstrate. You want something that shows residual energy, like comparing an empty to a full battery and watching the potential energy drain off while it's under load and being restored when it's being charged.

Perhaps the easiest analogue to understand is water. A battery is a pail of water with a tube at the bottom with water (current) flowing out. Different "resistors" can be represented by valves or taps or pipes with larger/smaller diameters.

It's recharged by the sun providing energy via solar cells which can be represented as small pumps pumping water from the sea of the sun's energy output back into the pail (battery). Bigger (and more efficient) solar cells pump faster or more water into the pail.

@wrhastings Since a capacity meter is a destructive test, that is not what you want. The ony way to measure is with a shunt. This is how it is done in a solar power system. The shunt measure every coulomb in both directions, charging and discharging the battery. It has to start with a full battery and then the meter is told that is 100% full. After that it counts the charge in both directions with a very precise resistor which for my solar setup weighs several pounds and is connected with wires the size of your thumb. It is extremely precise but on your scale I don't know if they make them and if they did they would likely be very expensive.