I have been asked to build something that would allow the shooter to control the machine that fires the clay disks. The initial idea was to have a voice recognition device that would trigger when it heard "pull". We downgraded this to a noise sensor, that worked like a "clapper" light switch, because internet access for the voice software was not available at the range. The noise sensor had too many false positives, so I changed to a motion activated app, that used bluetooth to trigger the machine, which also allowed some distance for the shooter from the machine. Any ideas on a simple but elegant solution for this would be great. I will post my bluetooth version under projects to see if I can get assistance to polish it up.

The machine uses 12v so we can use that for power and it would need a relay to trigger it. I used an esp32 with a built in battery holder for the project, and an Android cell phone with an app to detect the motion and trigger. The app is written in MIT app inventor. 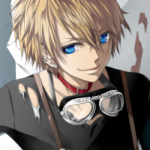 Hmm... I'm a little uncertain on exactly what problem you are trying to fix.

Interface or communication or overall design?

"A resistor makes a lightbulb and a capacitor makes an explosion when connected wrong"
"There are two types of electrical engineers, those intentionally making antennas and those accidentally doing so."

I would almost reverse your order, overall design would be first. I have no idea if there is already something similar. Communication would be second, I presume we could change this from bluetooth if the design changed. Interface or even microcontroller changes would also be accepted, I am currently using an ESP32, and an Android phone, which limits the users, as many have iPhones.

@thedigitalarch, I often shoot at the range alone(sporting clays).  Some machines have 3 buttons, (a, b, pair) and some have 8 or more buttons in the controller.   How are you interfacing to the launcher?  do you physically use an electronic plunger to "push" a button?  Are you allowed to "splice in" to the existing control circuit?  Did you get a workable solution? I wrote myself an apple score keeper app and use it all the time.  This seems like much more fun.  Charles.

I would keep it "dumb"/simple.  Get a foot switch from a sewing machine.  These are designed for many cycles, and the abuse a foot gives.  And it should be easy to wire this in as a parallel for the existing "Pull!" switch on the sporting clay machine.