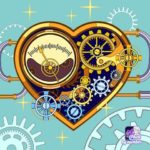 An old Android tablet didn't want to finish booting nor shut down, but go through reboots and finally perpetual hang mode.
I was hoping to salvage some parts and test my brand new rework station (just a cheapy) until the golden screwdriver poked the plastic sheathing of the lithium battery pack.
A few sparks sizzled and I immediately realized what was about to happen - a violent hydrophilic catastrophe.  The device inflamed and I shuttled the flaming disaster to the bathroom where there is a tile floor at least, wishing that I had a cast iron bathtub instead of fiberglass
I had a 5 gallon bucket half full of water in the tub, and I know that a class 4 type fire is better put out with kerosene than with water, but that's not what was in the bucket.  So I dropped it in the bucket anyway wondering how this would play out.
Just as I suspected, the water reacted even more violently, but finished the reaction more quickly and with less caustic smoke - though that was significant.  There was enough water in the bucket to absorb the heat and I didn't have to scrape melted plastic off the floor.

Had the battery been encased in metal, I wouldn't have poked through it so easily, but if I did, it probably would have exploded from internal pressure.

No technicians were harmed in this episode I'm grateful to report.

Taking yourself seriously is no laughing matter.
Taking someone else, seriously, it's a federal offense. 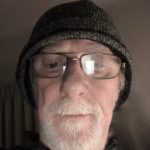 Your sense of humour should be bottled and force-fed to those without one. 😀

Now that is one scary episode, glad that no technicians were harmed.

You might have done better with that bucket full of sand, although that would have been a pain if it got into your bathtub drain!

And actually, water is an acceptable method of containing a LiPo fire, in fact on aircraft the FAA recommends the use of water to suppress fires involving notebook computers because water will both extinguish flames and suppress thermal runaway propagation.  But it does react, as you observed.

A bit more on that from Battery University.

Thanks for posting this, it's a good reminder about how a simple slip-up in the workshop can cause a serious emergency. 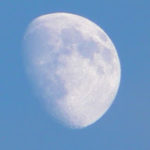 Squish
(@squish)
Eminent Member
Joined: 7 months ago
Posts: 38
2020-11-17 5:58 pm
@strongheart
Thanks for this timely reminder, I'm getting drones for grankids xmas, and I'm emphasising the importance of, not leaving the batterries unattended while charging, and no sharp objects near them. Luckily enough they all have quite clued up parents.

No such thing as too much energy, it's just un-utilised potential.

@dronebot-workshop
A fireman friend suggested sand, which I have a whole beachful of the stuff just 13 stories below me and 2 blocks away - plus a whole bunch of water.
It would be an interesting experiment and a possible art project making fused sand glass.

Taking yourself seriously is no laughing matter.
Taking someone else, seriously, it's a federal offense.

Suppose this had been the battery in an electric car and it was damaged in an accident.  What would be the result ??

I suspect the result would be a massive fire!  And that's actually an issue for many fire departments, who need to know how to extinguish a fire in an electric car.

The future of all this stuff probably is a transition to solid-state batteries, however, we are several years before they replace LiPo's.

For what it's worth, this recent news release:

An exciting new mineral has been discovered deep in the heart of an active volcano in Russia. A group of researchers from St Petersburg University were on an expedition at the Tolbachik volcano, in the Kamchatka Peninsula, when they found a bright bluey-green substance deep in one of the furnaces. The crystallised substance, never before documented in the science community, has been named Petrovite and could be a new way to power batteries, the group said in a paper. A key characteristic of the Petrovite mineral is atoms of oxygen, sodium, copper and sulphur that form a network "impregnated with voids and channels", according to Professor Stanislav Filatov, the head of the university research group that led the expedition. "These channels allow relatively small sodium atoms to move freely," Professor Filatov said in the paper. "Therefore, we assume that Petrovite can be used to produce sodium ion batteries, a more economical and efficient replacement for existing lithium batteries.”

Interesting--Every once in a while new minerals are found,  particularly in uncommon environments,

How about a Nano Diamond Battery? LINK

That's what I need for my DB1!

That link looks like a scam to me.  If it's not, Idon't want to be carrying around the amount of stored energy that it implies.

Well it's not a scam, but it will be sometime before we can replace our AA and AAA batteries with these.  But imagine never have to change the batteries in your toys ever again,

And as for being worried about "carrying around the amount of stored energy that it implies."  If the information about the batteries can be believed there appears to be less risk from these batteries than the radiation released from other radioactive devices we come in contact with continuously.

I think Nano Diamond batteries are a scam

Shucks, I thought everyone was going to buy stock and I would make a boatload of bitcoins! 🤣 🤣