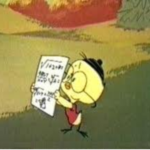 As to content on DroneBot Workshop, I believe a mix is the best answer. I really enjoyed the TTL video. The approach was awesome, showing old school and new school can be useful. Additionally, some of the other similar videos, such as the 555 and MOSFET videos also support the idea that sometimes a combination of both is the best solution. There many other such subjects that could apply and would love to see Bill's detailed approach to the subject.

Perhaps I'm misunderstanding your question, but here is the result of a Google search for videos on Ohm's and Kirchoff's Laws.

Sorry... I thought you may have provided a URL.

@frogandtoad I have been poking around a lot on YouTube since I joined this thread.  I agree with the sentiment that has been expressed recently that this is probably not within the focus of the channel and that it would be redundant to what is already available from other sources.  There are several other channels that cover a lot of this very well.

If you want to learn about soldering techniques and the basics of the hardware, I would recommend the learnelectronics channel. If you want to delve into the theoretical end just a little a bit, I would suggest AddOhms or EEVBlog in order of lighter to heavier theory.

If you want to jump in with both feet and get the full treatment without the higher math but only the basic equations of the various laws of electronics, then I highly recommend the RSD Academy channel.  I have been going through one or two a day and am learnng about all of the things that I need to go back and double check in a circuit that I have been designing. I wish I had had access to that when I was doing battle with electricity and magnetism in my brief time as a physics major.

There are many others that I have used for videos on specific topics but I omitted them either to keep the list small, or to not include niche channels or those which have not been active for years and have no current videos. If you need any of thos, it is easy enough to find them on your own.

Thank's for your feedback... I am not a total beginner, and am aware of those channels you mentioned, and highly recommend them too.