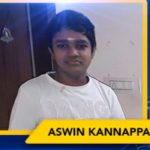 I am a beginner that is quickly moving up a small notch, but I still rewatch many videos. A few videos on simple concepts like how capacitors work, how to design a circuit, how to properly solder would be a great addition to the beginner classes.

That being said I would love to also see things like Tensor Flow. And how to do more advanced topics.

So to answer the poll question I think the labeling is a great idea and continue to do playlists to help group concepts together.

Also, breaking up a concept into multiple videos is great. Where you build upon a previous videos concept. Example... 1. Power your MCU with simple battery. 2. Using rechargeable battery with different options. 3. Managing that battery and dialing in discharge and longevity.

Whats easiest for you.  I don't believe seperate would necessarily make it easier on YouTube.  One YouTube channel (if that is what it is called) would be sufficient.  Stating in the title that the project is Starter Level would help in the YouTube search.  Or in your emails have the projects listed.  Starter Level Projects and Advanced Level Projects.  Then in YouTube one could do a search for which level they prefer to work on.  That way the individual can choose which ever level they wish to watch.

Happy too see all levels as i'm sure some subjects we are learning and others we are experts!

I am a beginner in the sense that I have just recently taken up the hobby, but not a typical beginner because I was trained as an electronics technician in the military and then worked as a civilian tech for two years after my discharge. However, that was over 50 years ago. So now I am facing the challenge of starting anew: what do I need to know to get started? What tools and equipment do I need? What kind of a dedicated workspace to I need to create for myself? What components should I buy and from where?

There are many, many YouTube channels with information about electronics in addition to The DroneBot Workshop. I just searched YouTube for "Electronics for Beginners" and there are numerous existing YouTube channels that address everything from what electronic components do, to what is the minimum tools you need, to how to build simple circuits, and on and on. So while I admire the quality of the DroneBot Workshop videos, I'm not sure that another channel for beginners is really necessary.

On the other hand, a single video for beginners who come to the DroneBot Workshop channel that would recommend some of the other channels that provide the best support for beginners ( and explain why these are good choices) might be worthwhile as there are so many options.

One thing that I personally think is important is a solid knowledge of basic analog and digital theory. Many YouTube channels that address this are for electrical engineering students; probably too theoretical and mathematical for beginners. The best thing I have found are the videos from an instructor at a junior college who teaches electronics to students who want to become electronic technicians. You can find them here: https://www.youtube.com/user/bigbadtech. So if you want to brush up on your electronics theory,  the Jim Pytel Big Bad Tech videos are at a level that doesn't require math beyond algebra and basic trig (for the AC stuff) and if you prefer online video instruction to text-based instruction I don't think you can do better than his analog and digital YouTube series. 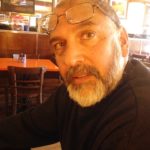 Everything is explained very clearly.  However, at least with the Arduino, nothing ever works without hours of fiddling about.  The most recent example for me is the PIO interface.  I'm using Ubuntu 21.04 on a pc.  The installation couldn't be done by the method outlined.  Then the firewall needed configuring.  Python needed add-ons.  First code with UNO worked.  No other board works - all report problems.  Mayhap I need more links to potential trouble shooting as I transverse a project like beginning to use PIO, or maybe just not bright enough. 😪

Climate change is not cool.

@craigola - you ask what resources you need? Clearly this depends upon what you want to achieve.

May I suggest you start by asking yourself 'What would I like to achieve or make?'

I too remember electronics from 50+ years ago ... and whilst most of the fundamental principles are unchanged, the scope to explore certainly has.

As you are asking in this forum, I am guessing you are interested in microcontrollers and software, as well as other electronics, etc, which can be linked to them. If so, then consider starting by watching a few of the excellent videos on this website, dig around the references, etc., and develop your aims and thoughts. Get used to using the Internet as a vast, if somewhat disorganised and sometimes unreliable, library.

From there choose a simple aim, maybe something like replicating one of Bill's (DroneBot) videos based on Arduino. Then find a quiet, comfortable spot for a pc, plus the 'obvious' bits and pieces to achieve that aim. Play with it and modify it to get a real understanding. Plus, notice the marketplace sources are different from 50+ years ago and it helps to be web-streetwise! By starting small, you can control your investment (financial and time) to what you have available. You might even set yourself a small budget of say $30, and make the aim to see how much you can learn and achieve within that budget!!

When you have achieved your first aim, I predict you will have more ambitious aims for step 2 ...and that may need expansion of your resources, but you will be much better informed to make the right choices.

Good luck and enjoy the journey of discovery.

If you want to post your question in the Arduino forum here: https://forum.dronebotworkshop.com/arduino/, I may be able to help you some.  I have had similar experiences.  Which other boards have you tried and what were the problems reported? 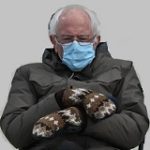 There is a lot of basic stuff on you tube. Some intermediate info would be helpful.

@craigola
One thing that I personally think is important is a solid knowledge of basic analog and digital theory.

As a hobbyist who taught himself basic electronics from books many decades ago my view is that all you need is an understanding of basic electronics for many Arduino or RPi projects,  you don't need to have a degree in electronics.  A working understanding of the basic concepts should suffice.  My introduction would be with analogies to give a mental image of those concepts based on things that are easy to understand. Water pressure (volt), amount of water flowing per unit of time (amp) and so on for resistance (ohm), power (watt), inductance (henry)  and capacitance (farad).

Of course in today's digital world you also need to be able to program the microprocessors 🙂  Today it is much simpler as you can use higher level languages like C++ (instead of machine code) and there are development systems like the Arduino which provide simple ways to write and load programs into the microprocessor.

Most of the complex code is done for you in the form of libraries. Thus you don't need to understand or program all the lower level stuff to control things like a servo motor or ultrasonic sensor.

So I am suggesting hobbyists only needs to know basic electronics and from they can cherry pick what else they need to know based on each new project.

This post was modified 2 months ago by robotBuilder
ReplyQuote 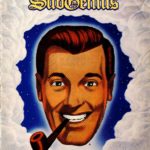 I like being thrown into the deep end. It reminds me that I still have a lot to learn, but I can understand more complex circuitry. I don't (yet) have instruments like oscilloscopes, so it's nice to see someone show me what something is doing under the silicon hood.

But even the college textbooks I have still spend a stack of paper telling me what electricity is, and who did what when: As an aside, I wish I was part of that vanguard, because it seems like everyone got to name things after themselves. I can only imagine how nifty it would be like if a MOSFET was rated, say, 42 giga-Eddies!

Anyway, some mathematics channels I watch split up complicated-concept videos in chapters, beginning at the beginning, working up to the jargony jargon. My suggestion - not at all a criticism, as I enjoy your videos immensely - is to give a viewer the option to skip to intermediacy if he or she just wants to get down to the copper tracks.

What I mean is, I suggest abstraction, then practicality, then theory, if that makes sense. I taught English as a foreign language for many years, and there was no reason to differentiate tenses (theory, in my simplistic example), because it bored my students. My philosophy was What/When/Why: What are we learning today? When do we use these words? Then if they cared, say, why does present-perfect use a past participle?

Too often, my students reported, instructors went for the theory first, because it was interesting to them (and it is, indeed, most interesting!) and because they were trying to relate English to the pupils' languages, but they nearly all said they found it confusing out of the gate. Everyone uses tenses (some better than others) without really thinking about it, and the key to fluency is to "think without thinking," like the Taoist's mind-of-no-mind.

I hope I don't sound like a jerk. I'm only proferring an anecdote.

A nerd's roots are pinouts

The past, the present and the future walked into a bar ... things got a little tense ... 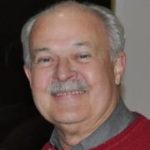 I voted for a mix of topics. That keeps things interesting for a broader perspective on all the topics covered. The videos on YouTube could always be presented in "Playlists" to help categorize them more clearly to your audience. You already are using some playlists but perhaps a few could emphasize the more basic aspects of the primary topics such as Arduino and Raspberry Pi. Having a "beginners" playlist for each of these would be helpful.

I'm just a beginner in this arena but have tons of computer and electronics background since I cut my first teeth on my dad's old Hallicrafters SX-28A receiver in the early '40s. He too was an amateur radio operator back in the old spark-gap days of ham radio. I'm 81 but still learning new skills. One should never stop learning no matter how old they are...