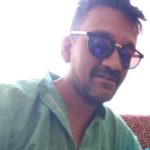 Trial and error modifying a program or circuit is probably not going to teach you much at all and yet I see that is exactly what some have done.

I admit, most of what I have done or being doing is this Trial and Error. But I would differ in that these Trials and Errors do teach you something - at least I learned a few very naive things - but yes, Electronics in itself (and maybe many other fields as well) is expensive hobby. And as such, it would be good if there are ways to cut those extra expenses off.

Though I have voted for "A mix of Beginners and Advanced content is fine with me on the main channel", I would not deny that I would love to see Beginners content for sure. I have been referred to study materials, texts, but those texts dont make much of sense. I am still an old school, who prefers to learn watching.

we lost a family member

I am so sorry to read this. My deepest condolences.

This C-19 thing has been bitter for many of us. I lost two of my classmates and a friend's mother. I do hope and look forward to 2021 where we defeat it.

I support the idea of mixed content, largely because I’m at the low end of the scale knowledge-wise. But I get that we can get that info elsewhere, too. Let me use the current SketchUp arrangement as an example of what may work for Bill and for the diverse community of followers here:

SketchUp, a 3D graphics tool for architects and others, recently began a series of short (15 minutes tops) videos they call <some tool name> Square One. In each episode they cover the basics of one of the many drawing tools. People love them! I sure do and I’ve used SketchUp for years. They are nice, short, bite sized units of good info. I assume they are reasonably easy to script and produce compared to the usual fare. I think sprinkling in some “shorts” covering basics would be welcomed. Just some episodes detailing tools, meters, etc. would be awesome.

But that’s easy for me to say. All I have to do is enjoy them! Bill is under no obligation whatsoever to go in a direction he doesn’t choose to. Making these videos is WAY time consuming, particularly with the accompanying articles and the attention to detail. So I’m good no matter what happens. And, boy, is THAT wish washy. (Sorry.)

thanks for asking, Bill. And please continue to stay safe. (You should be high on the “to be vaccinated next” list 🙂 )

... So my suggestion is to keep it consolidated but begin labelling everything with some kind of simple skill-level classification system - maybe with cool icons. (Different shades of blue, Bill?)

I voted for beginners and mix on current channel. A 3 grades skill level indicator would allow advanced users to disregard lower level media, but having all three would allow the beginning and intermediate level to see what they might achieve or prompt them to look "beyond their level" and thus force themselves to grow. 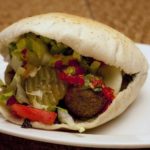 I voted for the mix.

A second channel will only confuse.

Good health to you all

I voted for a 2. channel but I can see positive things about a mix as it will encourage user to try new things. 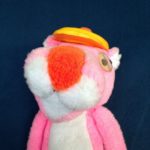 I think the mixed version would be best. Why ?

I'm pretty experienced with programming and electronics but every now-and-then I discover new things that are supposed to be "beginners-level". If it is something I know already, well, I just skip it. 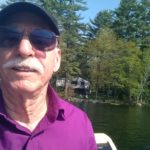 I think it would be OK to add some Beginner Level Content. About 10% or less would be good to start with and then see how it goes.

I think it should be kept on the same channel. 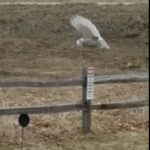 With regard to Machine Learning & AI in your "Season Greeting" email- I'llrefer to it as "mid or more adv content". Did the on line Stanford and Coursera courses on machine learning, NN ,deep learning, Optimization ,etc  Would be interested in ML ,AI  when you develop that program

peterar
(@peterar)
New Member
Joined: 1 year ago
Posts: 3
2020-12-27 11:47 pm
Hhmmmm,  I don't know how to answer the survey; I would answer "A mix of Beginners and Advanced content is fine with me on the main channel" EXCEPT that the dichotomy "Beginner / Advanced" doesn't work. Perhaps "New / Review" ? I.e., either your* presentations are New information (for me), or they are Review. (* I've been following your tutorials for some years now, and that's how they sort out for me --New ideas/information, or Review of stuff I know.)
Any presentation of information which I don't know about is, at once, "Advanced"  and "Beginners" (for me), no matter what sort of prior knowledge might be required to understand the presentation.
As you (Bill) wisely observe below (data-based), in some important sense, everyone is a Beginner.
So I say, Don't fret it --just continue to take people each to their next level, in your own cordial style. As you wish, "I'd like to create content for all of them!"   Let folks determine for themselves whether any particular presentation is "New", or "Review", or old hat for them. You have so many followers, of all ilk, that you're sure to be Right, and Wrong, with each production.
Peter

Between the emails I get every day, the forum applications where people tell me a bit about themselves, this forum itself, the comments on YouTube, the comments on the website and (to a small degree) my YouTube Analytics I'm hoping that I have a pretty good picture of my audience.

This is actually why I posed the question, as my audience seems to consist of several groups:

2020-12-28 12:53 am
@dronebot-workshop
I see no reason to change your format at all
As has been pointed out, anything I don't know is therefore new information and puts me in the "Beginner" class, and anything I already know gives me another set of eyes on how to look at a procedure
A different solution to the same problem ? Sure, why not ?
Why change your format when it's working ?
DroneBot Workshop liked
ReplyQuote

I've really loved the responses I've been getting here, thank you all and please keep them coming!

I think it might be beneficial if I define what I mean by "beginners content", as many of you have pointed out anything you didn't know before essentially makes you a "beginner".

Here are a few examples of the types of communications I've received that inspire me to do "beginners-level" content:

I've also had very legitimate requests, including in the "suggest new content" section on the forum, for content that explains basics like the use of functions, arrays, and interrupts.

Even the use of a solderless breadboard, soldering, and building projects on perfboard are techniques that a beginner would find foreign to them.  I've worked with this stuff for over half a century (that statement is pretty scary, but it's true) so to me, these are elementary skills like swimming or riding a bicycle. But we all had to learn to swim or bike at one time, and it was a real challenge when we started.

Some of the above queries could also become more advanced content. I'll be doing a video soon about PlatformIO, as I wasn't to make this the "standard" IDE in the workshop for Arduino, instead of the Arduino IDE. And I'm currently filming one about three ways of setting up the ESP-32 WiFi credentials without hard-coding it (this is called ""WiFi Provisioning"), just like commercial IoT devices do.

But I'd also like to create content that explains what the Arduino IDE is (or, for that matter, what an "IDE" is). Now I would never watch a video about that, and I'm sure many of you would pass on it as well, and that's fine.  But for a beginner, it might be exactly what they need.

Incidentally, I asked pretty well the same question on a YouTube sub-Reddit that I belong to a few months ago. I was amazed at the number of respondents who replied that they would not only not watch the video (which I expected), but they would unsubscribe from my channel if I had made one (I never expected that).  Their consensus was that a second YouTube channel would be in order.

But these people are not my audience, you are. The majority of them are gamers and fashion bloggers, with very few "DIY-type" creators. So I wanted your opinions, and again, I'll very happy with the responses.

My preference would be to keep it all on the same channel (and website), and it seems to be aligned with most of your responses.

Thanks again for responding and please keep the dialog going!

But I'd also like to create content that explains what the Arduino IDE is (or, for that matter, what an "IDE" is). Now I would never watch a video about that, and I'm sure many of you would pass on it as well, and that's fine.  But for a beginner, it might be exactly what they need.

Well, I am not sure about others, but yes, it (watching this one) definitely can be of help. If I would not have watched Pauls' I would never have realized that there is an option to change the Baud Rate and probably I would never have been able to print on the screen.

It is always beneficial to have a guide or trainer or someone who knows things in and out and is there to explain. For me, it definitely saves lots of (yes lots of) time, money as well - maybe I would not have damaged my 3 ATMEGA chips, if I knew your channel or the forum earlier.

I have reached about 50% of the Ubuntu video. And trust me, there are so many new learnings from that one as well.

Excited and tuned in for whatever comes next 🙂

Thanks for you great pedagogical work. Unfortunatelly 2020 was not as year for electronics for me, hopefully, soon ....