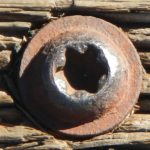 How to alter a post?  Maybe a moderator/administrator could help? "What a delightful question!"

I looked back at my introductory eMails from webBotWorkshop.  They were all signed, "Bill."  Checking the member list there were a few Bill's of one name or another.  There was only one (1) Bill as a standalone name since 2019 (before and after).

Wandering around the forums, there is a "Bill" who does informational videos on the forum; or so it is written.  Maybe "Bill" is a mythical entity who lurks behind the dronebotworkshop website and chooses to be anonymous for unknow/known reasons?

From somewhere along my curosity-search seeking "Bill" I found this:

I believe that "Bill" has chosen to remain in the context of what it is said on this page.

Being helpful? Regrets?  Maybe I should have just left well enough alone?

@darup I think most members know that Bill is the guy in front of the camera.

However what I find curious is that early on I also found that Toronto reference but then in one of the videos he said he lived in Montreal having moved there from Hawaii. That is a HUGE temperature change.

I went to the welcome page and then the "contact us" link at the bottom and clicked; I was taken to this same page (the one identified in the URL I posted).  Copied the address and pasted it above again to show difference/duplicity.  It looks the same to me?  Now, I suspect g0Ogle search tampers with stuff.  I mention this due to the irregularities I have had as of late with my searches for known targets. When all else fails I try either Opera or AVG Secure Browser:  I usually get where I was thinking I should arrive when the my input is devoid of typos.  Try dropping the URL into the address line of a browser (I am using FireFox and searching with DuckDuckGo) and I get back to the page I was thinking I was referencing.

Anyhow, the page suggests, to me, that the website is standalone-available for our use in the forums where we can help each other.  I have not yet seen a Newsletter; maybe there is clarification obtainable about administrator/moderator help when an "Oops" is noticed after the 30-minute drop-dead timer expires?

@darup What on earth are you talking about?

I'm think'n the guy just wants to be left alone to play with his toys and share what he can via video tutorials?  I wish my world would allow an equivalent mini-vacation environment.  "What?" I was just handed a warm chocolate-chip cookie just out of the oven!  My my, I just got there to my special place ... .

I'll be glad to delete it for you.

I'll be glad to delete it for you.

Good on you Steve!

Now this is service! 😉

@codecage Hi Codecage. Thanks. I don't want the post entirely deleted. I included 2 code sections and the second code section apparently isn't right, so I wanted to edit/delete a code section within the post. It would be fine to delete the post but if so I'd like to capture the text beforehand so that I could repost it.  Thanks for your help.

I could edit it for you if you'll send a PM with the exact part you want deleted and then what you want inserted instead.  Is that doable?

@eliza Hi Eliza I tried to run your sketch and here's what I saw I also ran this on both arduinos.

@gkar2287 The sketch on the right is only compiled, you need to upload it.

#1, upload and run the transmitter (client). Test until you see "radio init Ok" If you don't see init Ok you have to check the wiring, check the pins, try different NRF24 units, try different adapters etc. until you get one working. My wires are in orange yellow green  blue purple order, left to right on the adapter, and they go to: 8 53 52 51 50, in the same order. Check that your NRF24 adapter lights up with a red led. Look for pin labels on the adapter. Drone Bot Bill used these in the video and pointed out that some of them had 2 pins labeled backwards. If you can't make it work try reversing the wires for MISO and MOSI. I had trouble will all of these things.

#2 upload and run the receiver (aka server) and verify that you see "radioManager.init Ok"

When you see "init failed" as you show in your photo that can mean, radio is bad, adapter is bad, wiring is bad. You just have to keep testing and checking until you see "init Ok"

#4 Once you see both of those "init Ok" messages you know that both radios are wired correctly and ready to talk.  When you get that far you should then see "Attempting transmission to server" on the transmitter (client) then, "Waiting for reply" then "got reply from: 2 Message Received"

On the server/receiver machine you should see "radioManager.available OK for dummy data" then "Got data from: 1 Hello boom from the mega"

This shows that the radios were started, they agreed that they would communicate at addresses 1 and 2, and that a message was sent, received and replied to.

radioManager.available means "there is data available to be retrieved"

When testing press the reset buttons on the Arduinos within a second or 2 of each other and the programs will start again and the radios will attempt to connect.

When I was testing I got one radio to initialize correctly. Then if the second radio didn't work I swapped the hardware from the known working system to the one that failed. When I had problems I tried different NRF24 modules and different adapter units until I got a complete set working.  I tried different combinations:

@gkar2287 Ok, not important now, Eliza has given you very detailed instructions.