Like I said, I have not watched those two as of yet, but have now started to follow along on his new robot car series that will use a bluetooth transmitter and receiver. 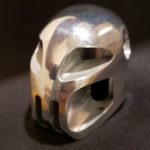 @codecage lets hope it makes  it there!!! Need to post  your progress.

It arrived 5 minutes ago!

I didn't give up on the code. It does exactly what i needed.

What I meant was,  don't give up on making your code better.  But if it does all that you need (now?) I guess that is good enough.  As a self taught electronics and programming hobbyist I do tend to get carried away with all the possibilities.

@robotbuilder Oh is see. Yes I am always looking for the most efficient code possible. I try to code with as few lines as possible.

I try to code with as few lines as possible.

Actually as a self taught amateur,  with time limitations to spend on my hobby,  I look for,  and try to write,  easy to read and understand code. This means having it written as closely to a human language as possible.

With an ir remote control you are really sending it individual commands which works well for a tv but not really for continual manual control over a motor or LED. The delay between each command is rather long requiring a software delay to keep the LED or motor running and it is the end of the software delay that signals a key_released event.  It would be better if it just sent the command once when the key is pressed and then send another command when the key is released.

I been working on the WALL-e and I have printed the mounting trays for the electronics and mounted the gear motors with the wires soldered. I need to order connectors for easy disconnect of the components like the battery to the motor driver and the Arduino. I also need to order a power switch and create a custom harness.

Also on my list is to buy micro servos.