Skip to content
Forums
Inside the Workshop
Tools and Test Equi...
3D Modelling
For the KiCAD Users...

For the KiCAD Users on Board

No, it was definitely the wall. The office I shared with Hubert Landry, a piping design engineer from Kellogg only had a skylight.

Hubert used to surf the internet looking for Aggie jokes.

So one day a project team turns up, some from the site in Algeria and the others from Houston.

A procurement guy called John Roberts from Houston was wearing an elaborate ring, something I had never seen before. So I asked him if it was a collegiate ring, he said "Yes" and that it was from Texas A&M. Me "So you're an Aggie, then". You should have seen his face, horror and surprise rolled into one, as he didn't expect a Brit to come out with something like that! 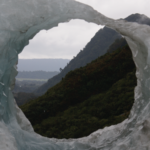 I've just started using and teaching myself KiCAD.  I'm running it on both MacOS (main machine) and Ubuntu (lab machine).  So far I'm really enjoying it. It's a great example of what can be accomplished in open source.